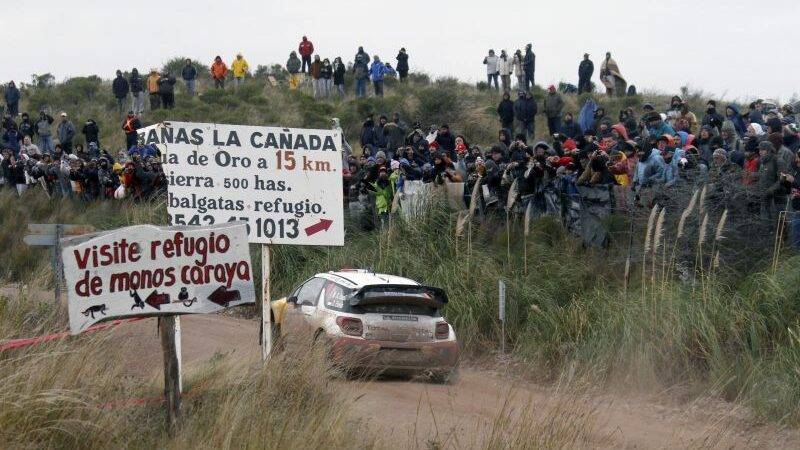 Dani Sordo is doing a good job for Ford over the course of the second day in Rally Argentina, but his pace is no match for Citroën duo of Sebastien Loeb and Mikko Hirvonen.

Citroën’s drivers are continuing their battle for the lead, although it’s anyone’s guess how serious are they in risking too much – to the best of my knowledge Sebastien is still number one in Citroën and it’s hard to expect team will encourage their drivers to take silly risks at this point in rally. Two drivers are separated by just 2.1 seconds with Loeb still in top spot.

That is even more relevant because Hirvonen is now over 1.5 minutes ahead of Sordo so there is no direct threat coming from Ford’s driver.

Sordo, meanwhile, continued very strong performance in his one-off Ford outing, although he was not entirely comfortable on today’s stages. In a new car and on stages that were recced in quite different conditions it’s not hard to understand why Sordo is struggling, but then again he is still in third and managed to avoid mistakes. He is probably enjoying himself, but is also a bit frustrated because he’s not able to push as hard as he would’ve liked. At this point in his career, it is much more important to bring the car home and in strong position than to score few stage wins and then retire due to Jari-Matti Latvala syndrome.

In the afternoon crews are looking at another run through these three stages and then wrap the day up with the super special stage later in the evening.