Citroën war rages on, 1 tenth between Loeb and Hirvonen 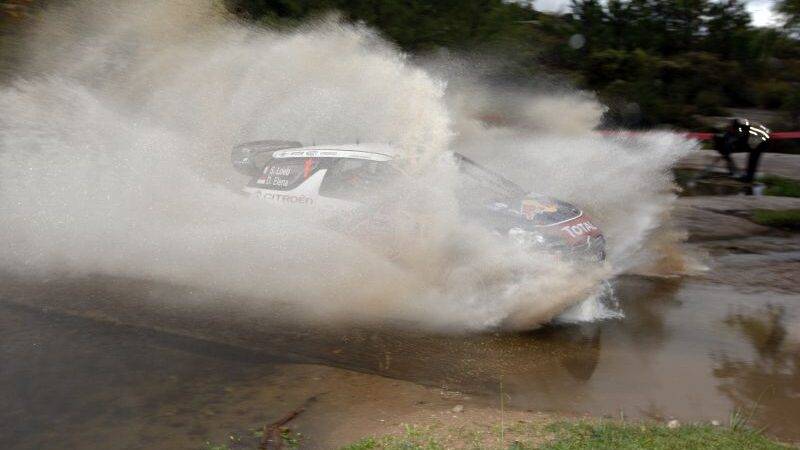 In terms of car lengths, there is approximately few centimeters separating Sebastien Loeb and Mikko Hirvonen after full day of rallying in Argentina. Hirvonen was able to beat Loeb in final stage of the day, but by only 1 second, reducing the gap to Frenchman to just 1 tenth of a second.

Both Citroën drivers expressed satisfaction after tough day and were equally careful in last stage, which was held in dark after delays.

Also careful, and on wrong type of tires was Dani Sordo of Ford, finishing the day further behind Hirvonen. Spaniard was not very comfortable in dark and on tires which provided poor grip, so he decided to take it a bit more easy and avoid doing a second Solberg for Ford. Sordo is now 33 seconds behind Hirvonen and despite time lost on last stage he is still doing a mega job for Ford in his first ever outing in the Fiesta. If nothing else, he is still in rally proper and that is something for Ford after all sorts of <insert random bad luck and/or technical issue here> this year.