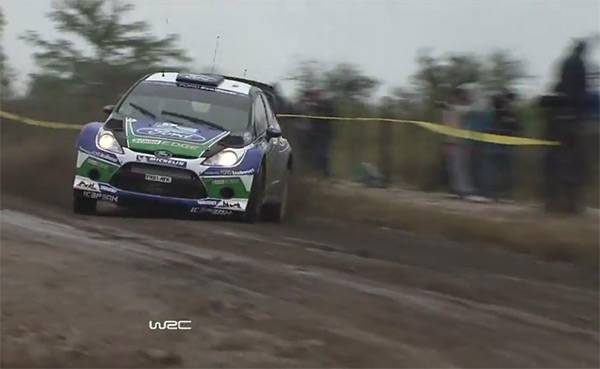 Oh Ford… what is it about you and your rallies? Just a bad combination of trying too hard, being out of luck and lacking in reliability department? Ford’s situation reminds me of Sebastien Loeb and his unprecedented row of titles and victories. Some call it good luck while others claim it’s about car and his priority within team status.

I guess you can win 50 rallies by pure luck and in a good car and with entire team (team mate included) behind you. No, really. But can you win 70? If Loeb is so high on luck, he would be world champion not only in rally but in Formula 1 and gymnastics at least. And how many titles can one driver win before it is no longer a question of luck, but also some skill?

And then there is Ford, with their unparalleled amount of bad luck. They have so much bad luck they can start new business exporting it. And all this time I have a feeling they’re just that close to make it back and sort themselves out. In Argentina Petter Solberg retired, then came back in Rally 2 and outclassed everyone, took some points and won Power Stage. At the same time, Dani Sordo was running in third for the entire rally only to retire on final stage with alternator belt failure. Was it caused by Spaniard trying too hard to get extra points, or was it just another one of those tiny but expensive Ford’s reliability issues? I guess it can be either way, but Dani’s reaction when he got out of the car says it all.

But no matter, Argentina was just another proof that Fords are fast and competitive, even with new driver on board. And while they took great pride in stating that Argentina was their 150th consecutive points finish, it’s not really much more than a comfort thought. It’s victories and double podiums they so badly need, and manufacturer title. Is it too late to aim for those in 2012?