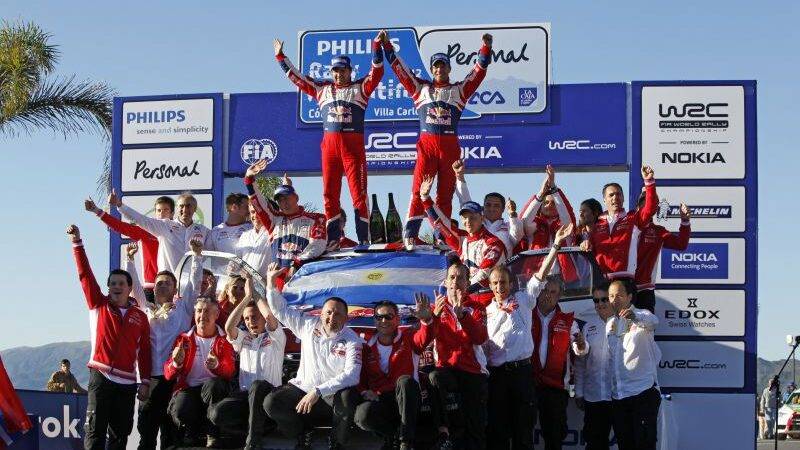 I had to giggle when I read this story on Autosport.com – Citroën’s principal Yves Matton insists team will not resort to issuing team orders again this season. Oh goodie!

Of course, Matton’s statement could be just a tongue-in-cheek tease, telling Ford to actually pick up their game and start challenging Citroëns, so the “chevrons” do not need to fight among themselves just for the sake of fans entertainment.

But of course it’s not, they are serious people and these are serious times. Citroën needed points in Argentina after Portugal’s double zero finish, and so the instruction to stop messing around was issued to Sebastien Loeb and in particular to Mikko Hirvonen.

While this “incident” can be considered as just another demonstration of Citroën’s overwhelming dominance, it is also the way how Citroën does things. They could have “informed” Hirvonen to stop his attacks in less obvious way, but the point was to get the message accross not just for this rally in particular but for future rallies as well. When team needs points, you don’t mess with the team.

I am pretty sure Mikko got the message loud and clear, so there will be no need to repeat team orders over the course of the season. Matton goes on to say he is hoping for good fights between all of the drivers right to the end, so we can hope Mikko and Loeb will be given freedom to show what they can do – they just need to build up large enough advantage over Fords and then they can start fooling around.