Mikko, make sure you’re ahead of Sebastien next time! 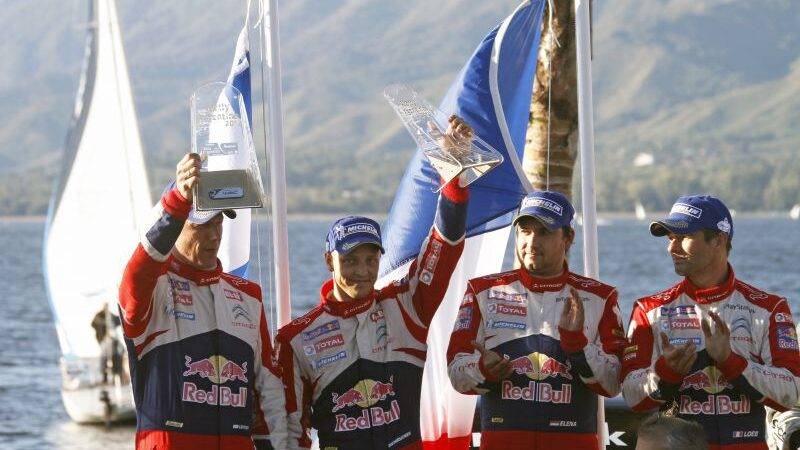 Silly thought – imagine Mikko Hirvonen being ahead of Sebastien Loeb in overall standings in Rally Argentina at the time Citroën bosses decided to instruct their drivers to end their in-house battle and settle for current positions.

I cannot help but wonder if Yves Matton would be issuing same order at that point, basically telling Sebastien to give up and let Mikko remain in the lead. Or would he rather wait a bit?

Seriously, how would they do it? If we presume Mikko would not willingly slow down and let Citroën’s number one driver take the lead I would really like to see if Citroën would put team first even if it means Mikko grabbing a victory ahead of Sebastien?

Here’s hoping we end up in such situation this year. And Citroën does not interfere, as they said they would not!