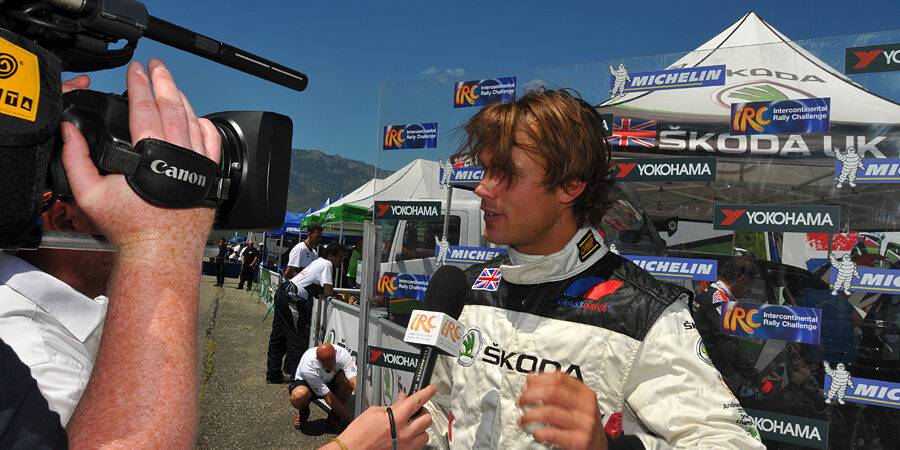 Spectacular highspeed collision with a telephone pole and two punctures coupled with few other tiny but expensive problems prevented Andreas Mikkelsen in his bid to finally claim that elusive first tarmac IRC win.

Despite that Norwegian is determined to continue his title defense campaign and if problems arise best you can do is try to bounce back and pick up as many points as you can. And that’s precisely what Andreas did – by finishing fifth overall he still remains in the lead of the Intercontinental Rally Challenge overall standings with 71 points, followed by Jan Kopecky with 58 and Juho Hanninen with 43 points alike.

“We came to Corsica to try and score a really good result and okay, we didn’t achieve that after our incident on the second day and the two punctures,” said the Norwegian star. “After that it was all about scoring the maximum amount of points that we could and fifth place certainly is valuable points on the table. The points we scored here in Corsica could be important come the end of the year – they certainly were last year. We finished fifth; we hoped for more, but that’s the best we could have done.”