Loeb still leads, but Latvala is on the mission 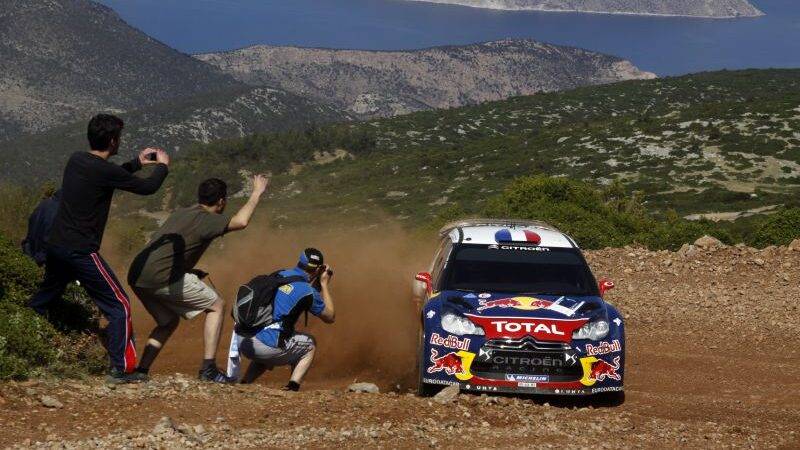 Jari-Matti Latvala is undoubtedly aiming to take yet another drive of the day title after inspired performance on todays stages saw him reduce the gap to Sebastien Loeb to only 6,5 seconds heading into day 2.

Both drivers had their ups and downs today, and as one would expect Latvala had more problems, mainly with the setup of the car. Loeb meanwhile kept everything under control and despite the pretty slim margin he is still pretty much the man to beat.

Loeb’s only complaint came in the last stage where he was reportedly stuck in the low visibility due to dust kicked up by the cars ahead, so this caused him to slow down a bit and lose few seconds.

Mikko Hirvonen also had issues in the closing kilometers of final stage of the day – a puncture and some time lost in the dust allegedly forced him to ease the pressure a bit in order to bring the car safely to the finish.

Before the SS 9 there was drama for Thierry Neuville – Belgian had to convert his car to undoubtedly more fun rear wheel drive machine, but that did little to help his efforts in securing solid finish in Greece.

Meanwhile, in the battle of the Volkswagens Sebastien Ogier keeps it under control and Andreas Mikkelsen admitted he was given a strict order to bring the car safely to the end and collect valuable data & experience. Can’t argue with that, although I’m quite sure he would be equally happy to keep pushing Ogier on each stage. However, it would be even better if both of them could start 2013 in WRC cars and be able to fight properly – while Ogier’s future is secured, Mikkelsen for now needs to be clever and just do as he’s told.

Day went fairly well for Petter Solberg, but yesterday’s disastrous decision to run on soft tyres and lose over 14 seconds to the leaders is still haunting him. Despite losing some time with suspected suspension problem today, Solberg managed to keep in touch with the leaders and is currently third with 17.7 seconds gap to Loeb. Now, 17.7 – 14.6 = it would be Solberg and not Latvala in second were it not for the Friday error.