Both MINIs to restart final day at the Acropolis Rally 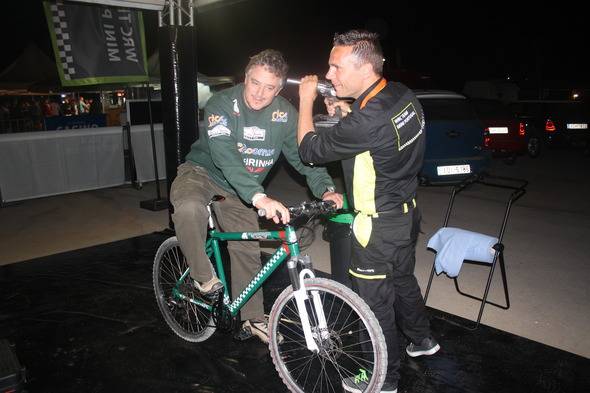 We all knew this was going to be a tough day but it ended up being eventful from start to finish for the WRC Team MINI Portugal squad. With both Paulo and Armindo’s retirements from the day the mechanics had a lot of work to do to make sure both MINIs would be on top form and back for more action tomorrow. It’s hard for a Team Manager to report when both of his crews have retired but that is rally and the only thing to do now is put today behind us and look forward to a fresh start in the morning.

The day started with four competitive stages, for a total of 74.78km, before the cars headed back to the Service Park in Loutraki. After being on the road all day yesterday, it was nice for the team to all be together and to have the chance to catch up with the fans and other teams in the service park, while always keeping an eye on the split times and tracking system. Of course, although we’re always focused on our drivers, it’s interesting to watch and see how all the other guys are progressing through the stages. On a tough rally like this one anything can happen after all – just like it did in Portugal earlier in the year. Ultimately, what everyone wants to see is a fantastic rally where the sporting competition is at as high a level as possible and everyone has the opportunity to drive to the best of their potential.

Unfortunately – it wasn’t to be our day for that! As we were keeping track of the drivers’ progress on the first stage of the day – Klenia Mycenae I – disaster struck 6.7km into the stage when Paulo’s MINI’s compression strut broke after an impact and he lost the front left wheel.

Meanwhile Armindo made his way through the treacherous morning stages not focused on sheer speed but on getting his MINI back to service in one piece – and so he did and – quite amazingly given the conditions – in top form! While the mechanics were working on his car, Armindo went for a ride around the service park on the signed custom made WRC Team MINI Portugal one-of–a–kind bike which is for auction to raise money for the Hellenic Society for Disabled Children. We’re all very proud that our bike currently has the highest bid and we’re very happy that we’re helping to raise money for such a good cause.

As Armindo left for the afternoon loop, Paulo’s car arrived back from SS10 and the guys started the three hours work session allowed by the Rally 2 regulations. They made repairs to the damaged wheel but they also checked the whole MINI over to ensure it was good to go for the last day of the Acropolis Rally.

Unfortunately more bad news came on SS15 – Ghymno 2 – the second stage of the afternoon loop when Armindo retired after damaging a compressor strut on the previous stage, which then broke, his front right wheel slowly becoming unusable. It was a real shame because Armindo had been nursing the car during the whole rally to make sure he would get to the finish on Sunday (ideally successfully completing every stage in the process!) To focus on the positive, the damage is limited and he will be able to restart tomorrow alongside Paulo.

Now I’m writing on my laptop while watching the service on Armindo’s car. There is still some work to do to prepare everything for tomorrow morning and I’m quickly debriefing with the crews before we go back to the hotel, snatch just a little sleep and then head right on back to service for the third and final day of Acropolis Rally of Greece.