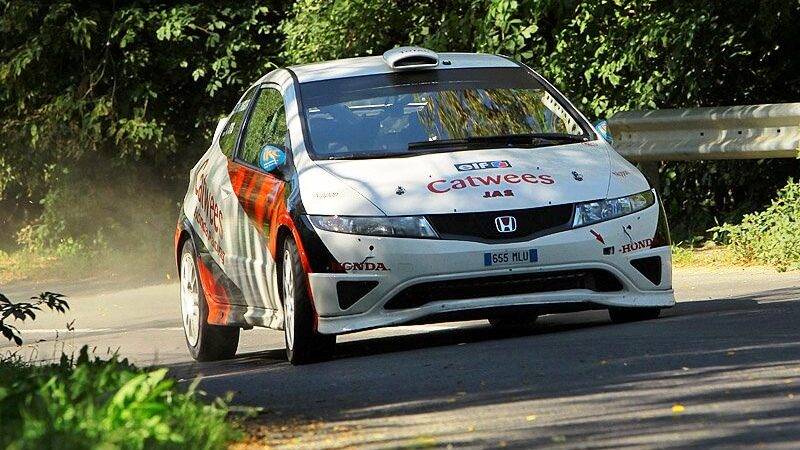 Martin Kangur driving Honda Civic Type-R R3 prepared by JAS Motorsport wants to change his last years fourth place in IRC 2WD Cup for the title this year. This years first start in his IRC campaign will be in Sicilia, Targa Florio Rally held on 14-16th of June. From there like most of the other IRC drivers Martin will go to Belgium to Geko Ypres Rally. Both events are tarmac rallies. Before Targa Florio Martin and JAS Motorsport will do tests on tarmac. Last years Rally Scotland winner in 2WD class Martin Kangur will compete like last year with Honda Civic Type-R R3 prepared by JAS Motorsport. This means for the 19 years old rally driver who comes from Estonian summer capital Pärnu a second year in top team.

Martin Kangur: „I’m very glad that I have the opportunity to compete in IRC. Last year wasn’t excactly what we hoped for. There were technical reasons and also mistakes from my side. This year I’m therefore more hungrier to get good results. JAS Motorsport has developed the car and our goal is to win IRC 2WD Cup title!“

Alessandro Mariani, JAS Motorsport: „We are glad to continue our cooperation with Martin which started last year. Considering his potential as a rally driver I can say that we have very good chance to get good results in IRC 2WD Cup this year. Competing in IRC series is very important for us and for Honda because IRC offers us good media coverage and it is also the best opportunity for us to continue our rally activity, car development and Customer Service for Honda.“

Martin Kangur who is Estonian Champion in 2WD class A7 competed also like many other young drivers in Estonia in Honda Racing Youth Rally Championship.

Tõnu Vahtel, Honda Baltic CEO: „Many talented Estonian rally drivers started their careers competing in Honda Racing Youth Rally Championship. So has Martin who is now starting his second season in IRC 2WD Cup. Last year showed that he is fast on both surfaces and we have worked hard between seasons that he could fight for the title in IRC 2WD Cup.“