Video: Is this the ultimate RBR setup? 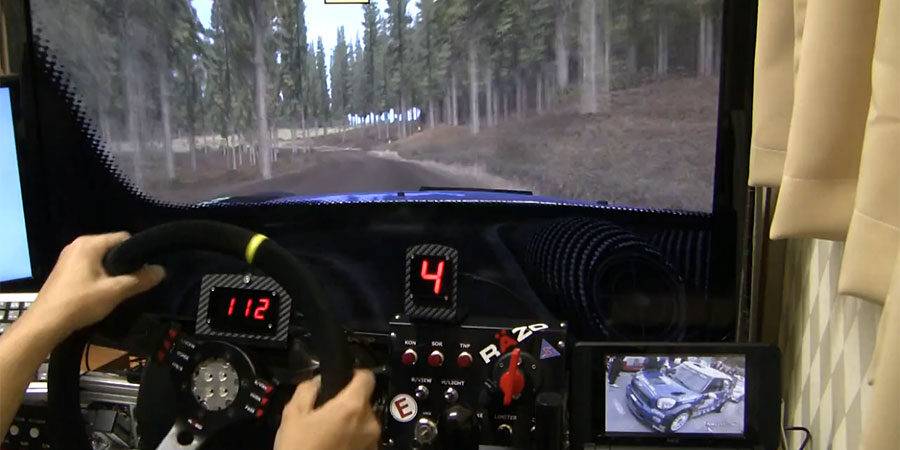 For a true rally fan Richard Burns Rally is the one and only simulation of this magnificent sport – despite other games trying hard, they ultimately fail at some point, mostly in matching the difficulty and the level of realism displayed in now already quite dated RBR.

Despite the fact that original RBR was not designed to be moddable, fans and enthusiasts found a way to extend the game with new cars and stages. Unfortunately, game is still pretty hostile towards expansions of this kind and designers have to come up with clever ways to bypass technical restraints of the original game engine.

But these are all minor issues really – RBR still stands for the ultimate rally sim, and thanks to fans RBR has one of the most impressive collections of 3rd party extensions and mods.

Yet, this is all software we’re talking about – where’s the real deal, things to wrap your hands around? If you are sucker for amazing gaming controller setups, then this video will be just what you’re looking for.

Basically, it’s a fully functional cockpit of a rally car in your living room – all the knobs and buttons and displays, coupled with Logitech G27 based wheel and of course huge 46-inch screen. This setup is based on RBR-World and uses hardware and software from multiple providers, but the end result is just perfect. And you can use it for other racing sims as well, touring cars in particular come to mind.

I assume this setup should not be delivered without a proper bucket seat, and if you’re really hard core you will get a bank loan and purchase advanced hydraulic suspension system, capable of simulating the real sensations of accelerating, cornering and/or braking.

It would be very interesting to get a total cost of all these gadgets (suspension included) and compare it to the cost of purchasing and racing a real rally car.