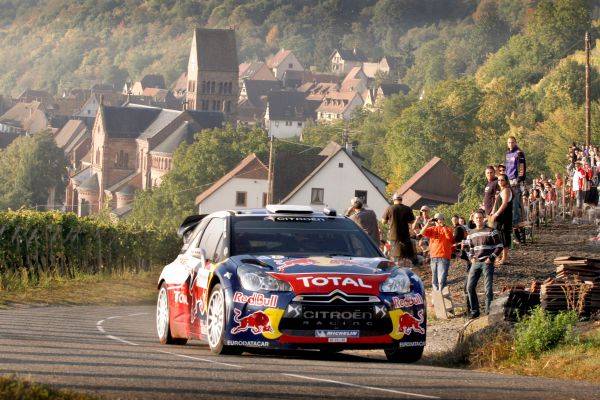 There you go, dear naysayers – it can obviously be done even in a technically and logistically difficult sport such as rallying. Upcoming French round of the World Rally Championship will get full TV coverage, albeit in subscription form.

And by full I mean effin’ full – all 22 stages are going to be broadcast live thanks to new deal between French Canal+ group and their Sport+ channel. I just hope damn Google did not lose something in translation!

Our goal is to ensure the sustainability of the Rallye de France and meet new challenges with each edition,” said Nicolas Deschaux. “In 2012, the e Rallye de France-Alsace and will be broadcast live and in its entirety on Sports + , channel Canal + Group, with whom we have partnered with the support of Citroën Total World’s first, which we can celebrate and rejoice “, said Nicolas Deschaux.

“We are delighted to offer subscribers SPORT + the full FIA World Rally Championship (WRC) from this year and for the next three years” , said  Francois Roux , Managing Director of channels SPORT CANAL + Group. “On the Rallye de France-Alsace, Sport + will deploy a complete technical around Thomas Senecal , throughout the duration of the event, to offer special LIVE, in addition to the daily summary of 26 minutes, and the an hour after the last day. ”

– translation courtesy of you know who