Citroën should not stage “in house” fights for entertainment 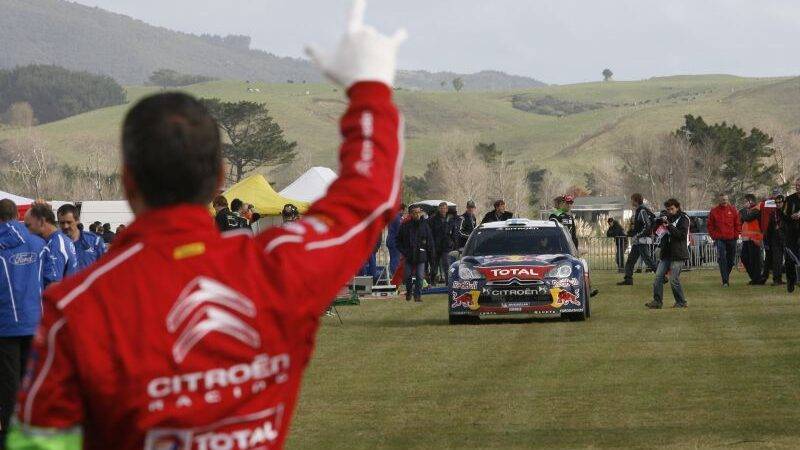 It was bound to happen, given the situation and clear chance of double podium finish for Citroën – team principal Yves Matton informed his drivers they’re to stop chasing each other and instead should chase points.

And it all makes sense and we would not expect it to go any other way really. I for one would like to believe that Sebastien Loeb and Mikko Hirvonen really were pushing hard for two full days in New Zealand, as they say they did. Mr Matton could have told them to stop fooling around at the end of day 1 – he could have given Mikko that famous one liner “Seb is faster than you!” Yet he didn’t and two Citroën drivers were pushing each other for two days.

So we had two full days of rally action from Mikko and Seb and even though it would be awesome to let them battle it out till the very end, it’s just not how thigs work these days. Some might ask what is Citroën so afraid of – with Ford’s current form French team could afford a double DNF now and then and not suffer much. But Citroën know better than that.

Besides, French squad had their share of issues and retirements already in 2012 so the desire to do their job safely is expected. After all, it makes the team and sponsors and parent company happy – and nobody can say fans did not get to enjoy full attack outings by either driver.

Ultimately, we learned that Citroën will not drop their guard and mess around even if they’re not being seriously pushed by other team. And it’s not Citroën’s fault nor duty to provide exciting show and driver battles consisting of their drivers only, just because that one remaining team cannot bring a decent challenge to Loeb and Hirvonen.