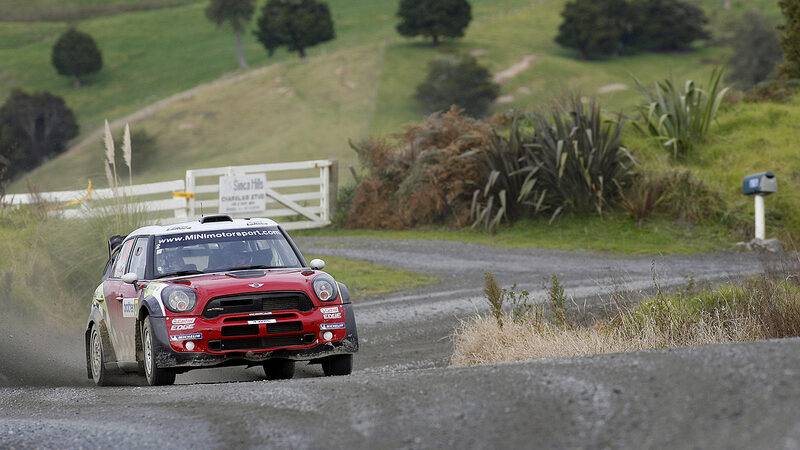 Dani Sordo won the two runs through the super special stage today in his MINI John Cooper Works WRC and combined this with some more impressive times on the final day’s five other stages to finish Rally New Zealand in sixth overall.

Sordo was one of the few leading drivers who still had a full set of the Michelin soft compound tyres and it was expected that the heavy rain in the morning followed by scattered showers throughout the day would have favoured cars on this tyre. As it turned out, the hard compound tyre also worked very well on the northern stages.

“We really thought we could make up considerable time today on those ahead who had used up all their soft compound tyres on Friday morning; as it turned out they seemed to have only marginal advantage at best,” said Wilcock. “Still it has been a good day for Dani and the team. Two stage wins, two top threes and the remainder in the top six is the kind of pace we had been looking for throughout the event. However, it was always going to be difficult to recover from the wrong tyre choice on Friday and even though the car ran faultlessly all weekend after the minor gearbox sensor issue on the first couple of stages, it proved very difficult to make up this lost time.”

The team’s next event is on the sealed surface of Rally Germany at the end of August, where last year Sordo brought MINI its first podium. “We are now turning our attention to developing the pace of the new evolution of MINI WRC on tarmac and have a series of tests planned to optimise the performance for the stages of the Mosel Valley. We know we have lifted the base performance of the car to last year and it would be great to get an even better result,” said Wilcock.

Sordo said: “Today has been good. I had hoped the soft tyres would have been better in the rain, but still it was nice to win the two stages, particularly in front of all the MINI fans. I think we had all hoped this rally would have been a little better for us, but the car has been very good and now I am looking forward to having a much better fight on tarmac in Germany.”

The MINI WRC of Armindo Araujo finished the rally in the points in eighth place while Paulo Nobre was in 17th position.

The Prodrive WRC Team will next compete at Rally Germany in August and Rally GB in September and will confirm its remaining events for 2012 in the coming weeks.