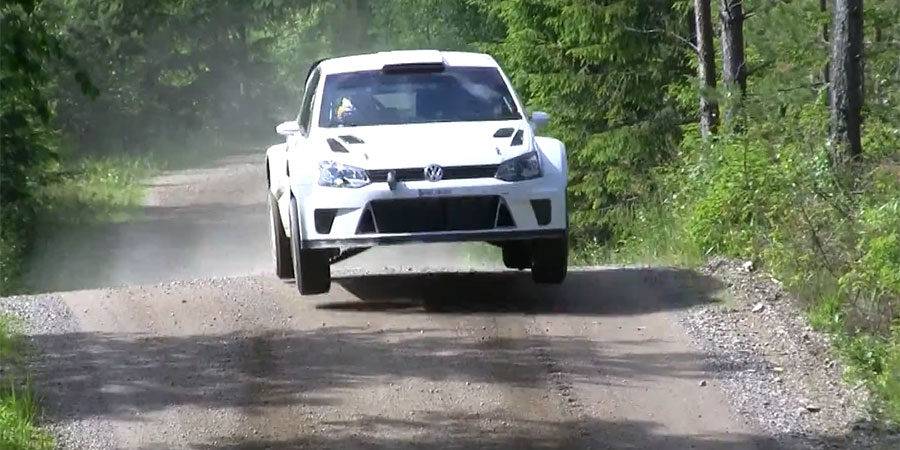 Volkswagen is still silent about the possibility to enter one of the events of this year’s World Rally Championship with their new machine, Polo R WRC. But at the same time company is hard at work, testing and preparing for 2013 and full assault on the WRC crowns with Sebastien Ogier behind the wheel of one of the Polos.

Recently Volkswagen team visited Finland in order to test setups and cars on fast and flowing tracks in the land of the 1000 lakes. Of course, no Finnish rally stage would be complete without jumps, and many of them.

Together with shaking down new Polo, Ogier and the team took their time to work on Sebastien’s weapon of (not his preferred) choice this year, Škoda Fabia S2000, presumably setting it up for the WRC Rally Finland.

For now, Volkswagen has few secrets to reveal – the actual debut rally for new car and the identity of the crew to partner Sebastien Ogier and Julien Ingrassia next year. Hot favourites for that role are Andreas Mikkelsen and co-driver Ola Fløene, but few others were also mentioned often. Including the current Ford’s number one driver Jari-Matti Latvala.