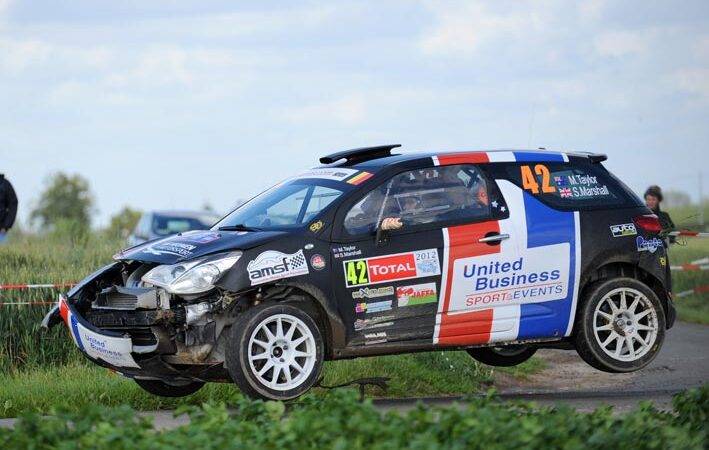 At the Geko Ypres Rally, valid for the European Rally Championship and the Intercontinental Rally Challenge seated in the picturesque town of Ypres in Belgium, Australian Molly Taylor, codriven by Englishman Seb Marshall, concluded the race with honour despite the difficulties encountered in the first special stages.

During the first day of competition, the United Business crew experienced a slight off in the first special stage, but despite the damages they were able to complete the first three special stages and to return to service where the team promptly repaired the Citroen DS3 R3 allowing them to continue and to complete the first leg. During the second and final day Molly and Seb, progressively improved their results also thanks to the increasingly greater feeling reached with the car from BP Racing.

Molly Taylor said: “After the time lost in the first stage we stuck to bringing the car back to service, where the Team did a fantastic job to put it back on track. Then in the second loop on Friday and on Saturday we chose only to gain experience rather than overdoing it, there is so much to learn! On the special stages on Saturday we went always better event though not as we wanted, but we focused on reaching the finish. This is the first race, a very difficult one which I did not know, as it was the first time I drove the Citroen DS3 R3 on event, to take it to the finish was the goal that Pier Liberali of United Business had given us, we reached it, for the next races in our programme I know that we will always do better, because what I have available, Pirelli tyres, car and team are a great sporting and technical package. Race after race, we will have plenty of satisfaction”.

The next events, as per schedule d for the United Business crew will be in Italy at the Rally Coppa Città di Lucca followed by Neste Rally Finland and ADAC Rally Deutschland.