Time to return the favour – WRC should invite GRC drivers 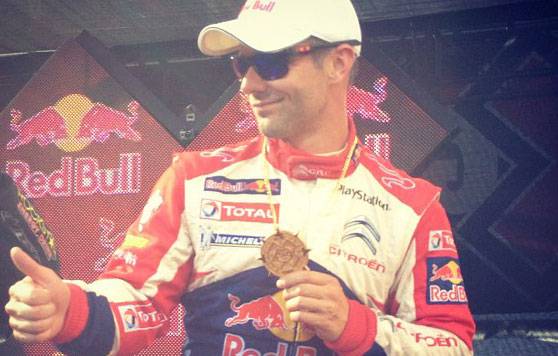 Sebastien Loeb’s domination in 2012 X Games round of Global RallyCross Championship was nice spectacle to watch, I guess. The final race lasted only six laps, too short to make up for any kind of mistake and yet with only handful of cars starting and some inevitably crashing out, it just cannot go any longer. Personally, it was a decent thrill, but nothing more than that – proper rallycross races of the original, European kind are still a bit more my cup of tea. But to each their own!

One aspect of Los Angeles round of the GRC did deliver, however. Just the fact that Citroën, Red Bull, Total and whoever else jumped together to make this happen is splendid and shows few very important things. WRC drivers are not primadonas (though some might disagree a bit on this given the antics of some of the stars) and they will be happy to compete in whatever you throw them in – I would assume it’s much more fun to do a PR stunt by driving a 545 HP car than to do a VIP customer runs on a test track all day long, or do a photo shoot (that excludes the likes of Thierry Neuville, he just loves the camera).

Another quite important aspect (in my opinion at least) is the marketing and PR opportunities uncovered in this particular stunt. Yes Citroën currently has 0 interest in showcasing their cars to US audience, but they moved along and did their part – Citroën very well knows their fans and WRC community – they know we’re talented bunch of “free ESPN stream live” Google geeks and they know European audience will take great deal of interest in Sebastien’s american adventure. It just shows how much hidden and sleeping potential there is in the World Rally Championship – so much that it takes another series, completely unsanctioned by the FIA (we should probably be thankful for that), to take one of the WRC stars and do a huge promotion of both series. Hat’s off to the GRC for that.

As the World Rally Championship continues it’s years long sleep and slumber and as we continue hearing stories of the better times ahead, we can only hope fans will remain loyal to the WRC (which they just might, seeing there aren’t any alternatives out there except the IRC) and that the future WRC promoter will learn a thing or two from the way Americans handle promotion and interaction with fans. Some day fans will just grow tired of not being able to see or hear or talk to their WRC heroes in between two rallies – like they’re some expensive piece of jewelery that needs to be returned to safe deposit box as soon as the rally ends.

World Rally Championship should just finally enter 21st century and fully use the available technology and communication advances – we’re not in the 1980s anymore (sadly though!) and fans expect so much more from their sport. They might even be ready to spend some cash to be able to watch rallies on TV, buy merchandise, and so on… it’s common business sense, not rocket science. The US is doing a good job with GRC despite the general “wut this is not rallycross I know of” sentiment, and even if GRC is not as “Global” as the name implies, their ideas and general direction are something to consider and learn from.

Oh, and before I forget – World Rally Championship got a great promotion from Sebastien Loeb’s winning trip to the Los Angeles event. Now it’s time for the WRC to return the favour and invite Global RallyCross hoons over and have them take part in a WRC event. Sounds hard and almost impossible? Well, isn’t that the first thing that crossed your mind when you heard “rumours” about Sebastien Loeb take part in X Games GRC round? Yes, I thought so.