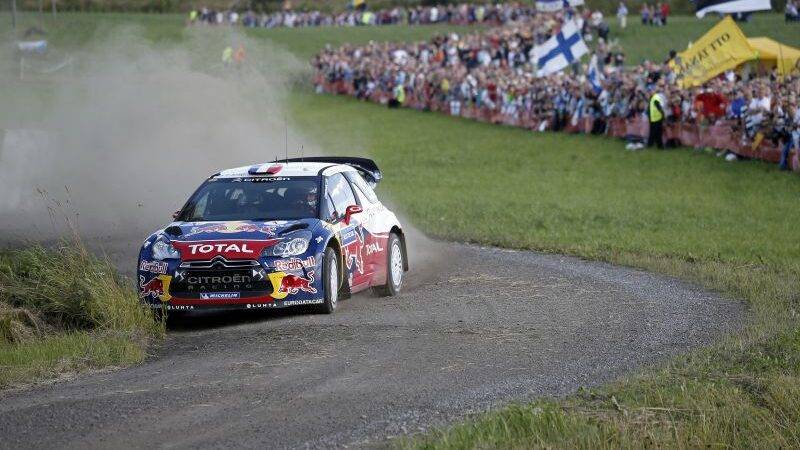 Sebastien Loeb and Mikko Hirvonen produced a splendid show today in Finland, or so the people who are watching the rally live say. Citroën duo fought hard throughout the day and both Loeb and Hirvonen refused to give up, immensely enjoying themselves I imagine. Mikko is once again proving he does know what to do in a rally car and he is giving Seb another chase, for now not in any way limited by team orders and such.

Sebastien was full of praise for his younger team mate, repeatedly saying Mikko is extremely fast and his pace is very serious today. “I’ve been pushing all day, but we are pushing hard from the start of the rally, and we need to because Mikko is very fast”, Loeb said. And then, as if the fight for the win was not exciting enough, there was a malfunction in Loeb’s car – the thing so rare that it can only be matched by driver himself making an error. Reportedly, multiple world champ had both rarities happen to him today, and thus the difference between the two drivers is just five seconds heading into day 3 tomorrow.

For now, and hopefully till the end of the rally, both Fords are on the road and in contention, but lack of pace compared to Citroëns is painfully obvious. Interestingly enough, they cannot really pinpoint the exact reasons for it. Jari-Matti Latvala was heard repeating same mantra today, saying he is pushing as hard as he can, but the speed is just not dare compared to what Mikko and Seb are doing. Perhaps Mikko would be able to unravel this mystery, since he drove Ford last year and can (but regularly refuses to) directly compare two machines.

So, both Fords are keeping contact with Citroëns, but unless Loeb or Hirvonen run into trouble, there just might not be much else to do against them in Finland.