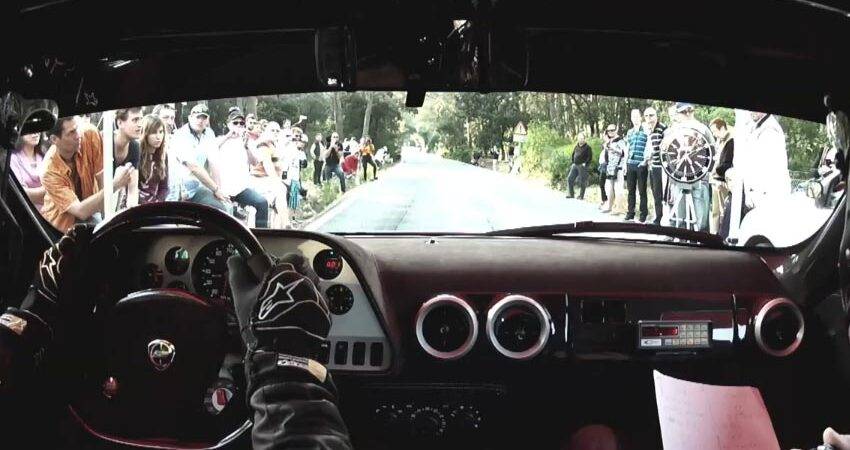 I guess you’ve heard the story about new Lancia Stratos, which is actually a rebadged Ferrari with a fancy name, and it’s problems in securing a more permanent lifeline after Ferrari refused to continue their support of the privately run project. Based on the work of Michael Stoschek, this new Stratos uses Ferrari’s engine (much like the famous original) and platform with body panels originating from Pininfarina design studios.

Recently, Stoschek took part in Rallye Isla Mallorca as the “lead car”, which sounds quite neat – new Stratos in a rally – what could be better. A few things perhaps. According to the video from the event, new Stratos managed to slide out of a corner or a two, but we didn’t see or hear much of the iconic engine screams or huge tail slides of the original Stratos. This was a fun drive in a car with a glossy polished wheel, and not much more. Again, I can only say that judging from this horrific video, made by someone keen on sending as many viewers as possible into epileptic seizure. Seriously, cut the stupid CSI Miami effects, zoom-in-zoom-outs, camera shakes, speed-ups… what’s the point of this? If the car is fast and was driven fast – show it. If not, well, adding “clever” effects won’t help much.

With regards to Mr. Stoschek and his new Statos, can’t blame him for enjoying his passion, can I? And I’m pretty sure that car actually is pretty badass.