Bombing continues – Kubica to make rally comeback, and in Ford? 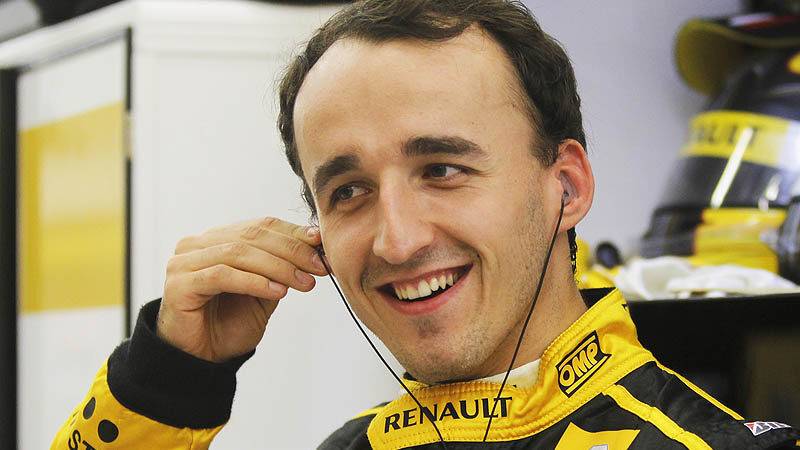 Just when I thought news about Kimi’s plans to return to rallying was kind of big and important, there came another bomb, although with lot less solid material to hold on to. Regardless, it’s still one heck of a news bit, even if it turns out to be nothing but lot of well-wishing and what-iffing.

The story revolves around injured Formula 1 driver (and one of the best at that), Robert Kubica. Apparently, he took part in recent test session held by Ford’s factory WRC team in France. Yes, it’s the M-Sport team we’re talking about here, and Kubica reportedly drove the same Ford Fiesta RS WRC car that both Jari-Matti Latvala and Petter Solberg use in their (all but desparate, sorry guys) attempts to catch Citroëns.

If true, this news is pretty huge for everyone involved, and for all Kubica’s fans (and there are many of those). He was supposed to be back behind the wheel of a race car already, but injuries are still too fresh and too complicated to allow him to be confident and fit enough to actually drive one of these things. But if he was able to handle Fiesta RS WRC, then that must mean he is at least partially fit and ready for new challenges in his rehabilitation.

To my knowledge, Ford did not confirm Kubica’s participation, they just masked it saying a very experienced driver joined them and provided valuable feedback, while at the same time managed to overcome his own challenges of being physically able to handle rally car at speed (taken from statements by Ford’s technical No.1, Christian Loriaux). Tests were allegedly held in France on a local track and it seems everyone is happy about it.

We all remember seeing photos of Robert Kubica at some test sessions already this year, but we’re still to see him actually drive anything and go public about it. If this latest rumours prove to be based on more than just fiction, it could mean his rehabilitation is finally making bigger steps forward. In fact, those steps could be so big that some are even suggesting Kubica might be joining Petter Solberg in Ford, if and when Jari-Matti Latvala leaves Malcolm Wilson’s squad to join the Volkswagen come next year.

I might be all wrong on this and I could also be missing key facts about this story, but don’t take it against me – I’m more into other things these days and not by choice, so if this was denied and debunked already, please bring it to me gently. Thanks!