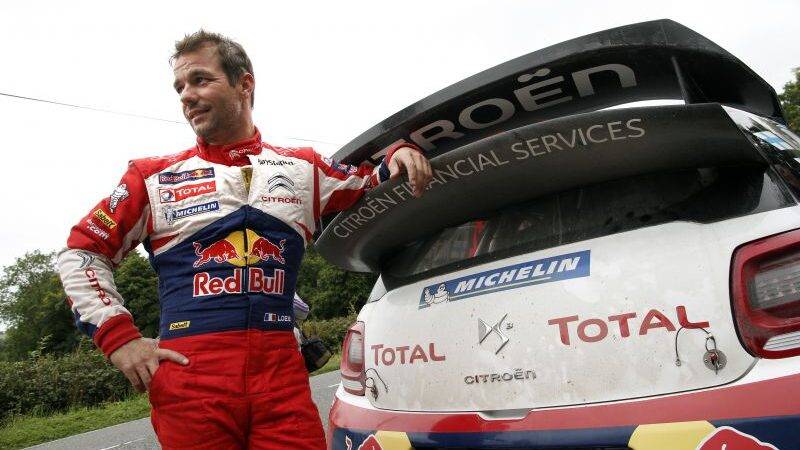 I’m sure you’ve all heard one of the two big ones today, well, biggest so far concerning 2013. Sebastien Loeb will not compete in all rallies next year. The other big news is scheduled to hit us tomorrow, after FIA wraps up their World Motorsport Council meetings in Paris. And there is also this bomb called Hyundai, finally confirming their WRC programme!

My “source” of information regarding Mr. Loeb’s decision was of course Autosport. And they didn’t get very deep into this story. Apparently, this is all there is to it at the moment – Sebastien confirmed he will take part in Rallye Monte Carlo, and that’s about it. He is said to be considering idea of running in selected few favourite rallies. At the same time, Mikko Hirvonen and Jarmo Lehtinen will continue as full-time crew in 2013. Citroën Racing is yet to announce the name of Loeb’s successor, but it’s currently unclear how this concept will work. Is Loeb going to be part of A team in these selected rallies, or is there some other concept in the making? I guess we’ll see.

It would seem Sebastien Loeb is so in love with rally that he cannot simply walk away from the sport that brought him uprecedented number of titles and victories. Instead, he will just keep doing it for a while and if he feels like it and also for the lulz, of course. Seriously though, the idea of competing in only couple of events I can understand, but I’m not sure how it relates to Citroëns WRC titles goals.

What Loeb’s semi-exit could mean is we might be seeing similar approach adopted by Citroën as well. There have been rumours claiming French company wants to reduce it’s own involvement in the sport, which could mean many things but it could also mean nothing really, because they could just carry on without much changes, even if another sponsor takes over the name and the bills. According to Citroën, they’ve secured required backing from outside source (Abu Dhabi, former partner of Ford’s WRC team) and will continue their WRC programme for next year at least.

Autosport’s article ends up with another WTF semi-announcement coming from Citroën and Mr. Loeb. Apparently, they’re considering development and entry for World Touring Cars Championship. As long as PSA Peugeot Citroën does not abandon WRC over WTCC I am totaly buying this idea – and it’s only obvious who would be my favourite on WTCC grid.

In the end, let me say big thanks to all you guys for your emails over the last couple of months! Without going too deep into the topic I’ll just say I’ve been to more doctors than beaches, and was also busy with few other jobs and projects – and this is still going on. So for now I’m still looking to do some MR and CT only to be able to return to WRC later on. I hate when they mess with my abberations.