How Citroën selected Dani Sordo, and why Mads Ostberg should be happy 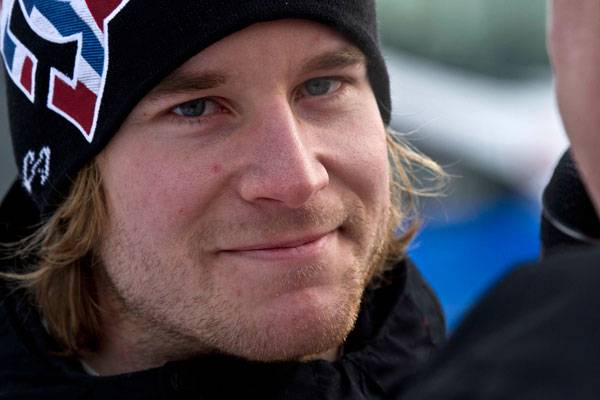 Few days ago Citroën finally confirmed their lineup for 2013, and they selected experience over ambitions, at first glance. Dani Sordo was picked instead of Mads Ostberg, which was decision not too hard to understand. After all, Sordo knows the team, he spent half a decade driving for Citroën and he also matured as a driver in the meantime. So experience with the team and the championship were in favour of Spaniard. On the other hand, Mads Ostberg is quick, very ambitious and also very down to earth kind of driver – a combination not often see in younger generations. His talent and ability to adapt was tested and verified on multiple occasions this year. So, why Citroën decided to hire Sordo and not Ostberg.

Well, they were very kind to provide answer to this question. They could have opted not to, and it would be perfectly normal for them to simply say Sordo was chosen as more experienced driver. Yet they did not. Instead of masking it in usual PR camo, Citroën went one step further in explaining just how the business of top class motorsport is run. For those that do not understand the concept of World Rally Championship and similar series to be just another marketing tool.

French squad said Sordo was picked not only because of his experience and speed, but also because he is important for Citroën’s sales plans in the markets of South Europe and Latin America. As odd as it may sound, it’s also perfectly normal and acceptable – Citroën needs to back up their WRC programme with sales and market shares, but also needs to make the most out of WRC to promote their products and expand into new markets as well. Luckily for them, and for Dani, Spaniard is not just Latin, he is quick Latin. Sure, he had his ups and downs this season as well, but I’ll cut him some slack given how out of shape this season was for Sordo’s team and their efforts to stay afloat after BMW’s retreat.

This outcome should not be seen as a step back for Mads Ostberg. Quite the opposite. To have Citroën consider him for a spot in A squad is huge deal. Unlike few seasons ago, Ostberg can be much more optimistic in longer term. WRC has a new promoter and two new teams (Volkswagen and Hyundai, with more possibly following), and it’s fair to expect current privateers will also more or less stay active in the coming years. Even if Mads missed that spot in Citroën for 2013, he is now firmly established as top class driver. Few years ago, that alone would not mean as much as it does today, with new promoter, new coverage and new teams just around the corner.

I for one see this missed opportunity as a boost for Mads Ostberg, and not disappointment. There are more than a few young talents currently battling for a place under the spotlights and to be running for the spot in all conquering Citroën is a confidence boost in my book. And let’s not forget, Mads is young – and along with many other upcoming stars, can hope for a much better future in the sport with added bonus of having time on his side.