Sebastien Ogier gets my vote for 2013 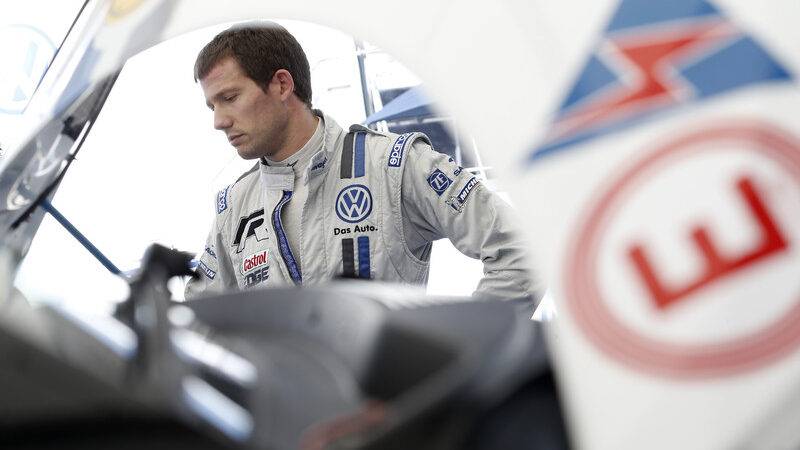 Petter Solberg announced his temporary retirement from the World Rally Championship today – not a good news and certainly a sign of problems and troubles still very much alive within the sport. Sure enough, Petter’s season was dismal to say the least, and much like former team mate Jari-Matti Latvala, he enjoyed rallies as spectator and competitor alike. But on the other hand, this guy is former World Champion – surely that means something. Well, it does – it means he is former champion, nothing more and nothing less. Petter is fast, and he can drive and knows the sport inside out, but this just isn’t enough anymore. Today more than ever before World Rally Championship is the battlefield of not only drivers, engineers and teams but sponsors and money as well. Rally is high risk sport, and every sponsorship and investment is equally high risk, but now those risks are multiplied by the fact that media coverage is (still) lacking – entire season went by without proper TV coverage and there were constant tensions and uncertainties between FIA and the event organizers and other important factors in the technical department of the championship. As a consequence, the atmosphere created was very unfriendly towards existing and potential new investors and sponsors. Put simply, for some drivers it came down to the wallet sizing, both personal and those of their own private sponsors. Problems Petter enjoyed throughout 2012 surely did not help either, but it’s anyone’s guess if different outcome of this season would change that much for him. Just because it’s hard to put my finger on the exact reason that tipped the balance in the case of Ford and it’s retirement from the sport – and even if we knew real reasons, it would not change much – costs were too high, results were not coming and future of the sport was shrouded in mist for too long. The way I see it, Petter Solberg is as much victim of these circumstances as he is of his own mistakes and mishaps.

Yet, Mr Hollywood is still young and I am quite sure he will be busting his rear trying to secure future return to the sport. In the meantime, I’m one of the curious ones – what are his plans for 2013? Rallycross, regional rallies, a bit of both with few more things to boot? I guess we’ll learn soon enough.

In the meantime, I’ve added new poll to this little blog – and this time I’m curious to hear who will be your pick for the 2013. And not in a strict sense, we are rally people, and rally people like and root for all the crews with equal passion, but who will be your favourite to not only be fastest but most impressive on stages next year? My vote goes to Sebastien Ogier – if there is a guy eager to get back to the proper WRC car, it’s him. Whole season spent testing and developing brand new WRC machine and then competing in fast, but not fast enough S2000 car, would be enough to put any competitive driver over the edge. And we know how Seb Ogier defines edges and we know how passionate he is about the sport. Maybe he has some loose screws in his head, as former Citroën chief so gently put, but to me he looks like pure passion and hunger for success. Will he be able to channel that hunger and ambition into properly clever approach to rallies next year, or will he try too hard? We’ll see.

Team wise, I usually go for the underdogs. Since there are no teams left apart those two, I cannot really say. I’d like to see Volkswagen be successful and competitive, if only to keep them in sport long enough. And I’d like to see Citroën be able to survive and keep the flags flying high even without Sebastien Loeb. We need those teams badly, and I still cannot shake off that chilly feeling that neither Citroën nor Volkswagen really have very long term WRC plans set in stone.

But most of all, I hope and root for one heck of a season – for fair and exciting battles, great rallies, redbullesque TV and media coverage. To begin with.