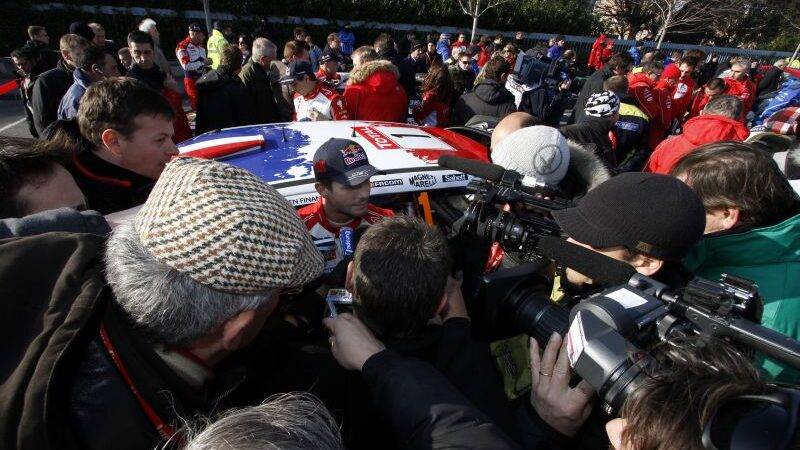 First of all, I sincerely hope all the companies, operations, subsidiaries and branches involved in WRC TV project never end up in court – this mess alone would be enough to make an army of lawyers rich. As you know, Red Bull Media House is new global promoter of World Rally Championship. At least that’s what FIA announced some time ago. In the meantime it has emerged that the deal between FIA and RBM is still missing signatures, but with Monte Carlo Rally only few weeks away both parties moved on to make sure everything is ready for new season.

Today we got first bits of info concerning the new and allegedly very advanced, dare I say 21st century worthy, TV coverage for 2013 season. With big smile on my face I ran through the article on WRC.com, then again and then one more time, just to make sure I did not miss anything.

Report claims the deal is safe and everything is ready for Monte Carlo. And that’s brilliant. Company hired to do the TV thing is Host Broadcast Services, subsidiary of marketing firm Infront Sports & Media. But wait, there’s more. All those names and subsidiaries and houses of media giants from outer space will use services of yet another provider, FilmWorks from Finland.

To be clear, if it takes (one, two, three, four) to tango and to finally make WRC a household sport name on TV, then so be it.

What I am more worried is lack of technical details or anything really exciting and new. Both on WRC.com and on HBS.tv websites reports claim new coverage will, and I quote, “introduce a number of technological highlights into its WRC production, including the use of on-board cameras and camera-equipped helicopters”. Excuse me? On board cameras, helicopters and (from HBS.tv) “sophisticated microphones”?

But I won’t let myself go all disappointed here, we have a deal and we can look forward to  26 minutes highlights of each rally and 52 minute highlight of entire season – the length of each leg reports is undefined… 10, 15 minutes maybe? Beats 0 minutes by long shot. And it’s also possible we’re in for more elaborate news soon, with even more elaborate technical candies for 2013. But on boards and helicopters with imba microphones, oh boy, oh boy!!!