Review: The wonderful art of WRC and motorsport calendars by McKlein 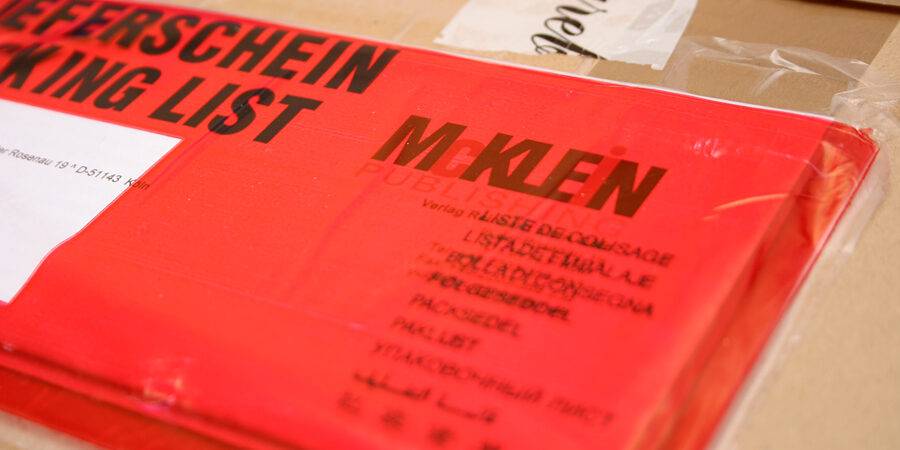 Similar to how McKlein Photography work speaks with authority of decades spent documenting our fascinating sport, the calendars and books published by same team speak about the genuine passion and in-depth understanding of rally and motorsports in general. And just like McKlein photographs are not mere snapshots of rally cars racing by, the calendars they produce are not your ordinary spiral bound pages with some numbers on them. From the sheer size of the calendar itself to the small yet important details such as camera settings and additional feature stories, McKlein calendars are valuable documents of the excitement and passion of the World Rally Championship.

When the package with your own McKlein WRC Calendar arrives at your doorstep you cannot but respect the work and efforts put into creation of one such calendar. The size itself commands it, but as soon as you open the cardboard box you realize that size is just one piece of the overall experience. My package was fully loaded with complete 2013 set, consisting of McKlein Rally 2013 – The Wider View calendar, Motorsport Classic 2013 calendar and 2013 Desktop Rally Calendar. Let’s review each of those. 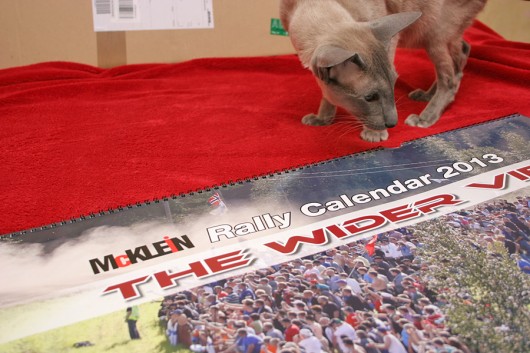 This calendar is as unique as it gets. As if the stunning photographs were not impressive enough, McKlein decided to push the limits of “calendaring”, setting the new standards and putting the big into the picture. And again, it’s not just the size that makes this calendar big. When rally drivers push hard, we say they’re driving on the limit – same can be said about McKlein’s WRC calendar – it’s bold and passionate, involved and also very generous. Very similar to the sport it covers. You see, McKleins are special kind of rally enthusiasts and professionals – among other things they firmly believe that one year is worth 25 pages (with 30 images) instead of regular 12, one for each month. So you have this amazing option of choosing between two distinctively different photographs each month. In driving terms this would be like getting a chance to drive each rally twice! It’s worth noting that one of the most impressive pictures are the ones taken out of the context, so to speak – closeup shots of dirt being kicked by the powersliding car or wide angle photos capturing tiny car with huge crowds are very telling. Once you put this calendar on your wall, I can almost guarantee it will stay there – a stunning 95 x 48 cm window into the exciting and amazing world of rallying. It’s about best rally drivers of our time doing their job all around the globe and their efforts being documented by the very best rally photographers in the world – that in short is what McKlein Rally Calendar is all about. Whenever I can, I like reading background stories about each image or look at the camera data and settings, hoping to learn a bit more about this amazing thing called rally action photography – with digital cameras and gazzillion megapixel smartphones widely available, it’s this understanding of the tech behind the passion that makes the difference and sets true masters apart from the rest of us. In that regard, McKlein calendar is like a first hand tutorial written by the top guys – each image is coupled with camera settings, so you can learn and awe at the same time. Seriously, this is a must have item for every WRC fan. It. Is. Glorious. 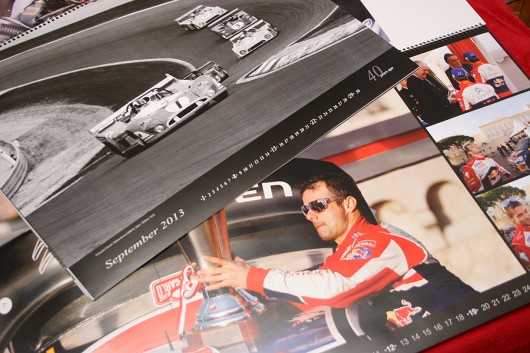 After browsing through modern day WRC calendar, I was ready for some black and white magic of the Motorsport Classic 2013 calendar. At least I thought I was ready, because nothing can really prepare you for the amount of first-hand-experience you sense while inspecting each photograph closely. Whenever I get my hands and eyes on some old motorsport image, I don’t just check out the car and dismiss it – that would be like declining a chance to drive a genuine historic rally car in person because it is too loud. You just don’t dismiss such photographs like that. Personally, I like to check as many details as I can on the cars, from livery and sponsor decals to mechanical parts, I like to browse through spectator faces and enjoy seeing the passion and awe, or studying drivers expressions as they chat in service parks and Formula 1 pits, imagining what they were thinking, talking about, how was it to drive these cars, how steering of historic rally machines compares to modern day ones, and so many other tiny little details. This superb overview of the exciting and sometime crazy era of the 50s, 60s and the 70s is again much more than a mere calendar. Each image is not just a photo, it’s a story, and McKleins were kind enough to provide few extra written details about each picture. Do not be surprised if you end up studying the details on old Ford Escort, wondering how loud this thing was or how responsive was it’s engine. Again, year lasts longer in McKlein universe, so this calendar is made up of 26 pages and 28 images, and again you can choose between 2 different images each month. History is exciting! 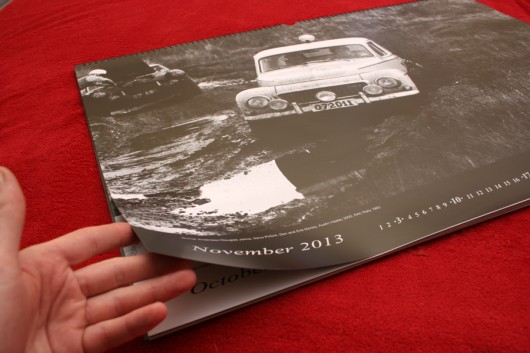 Full blown colour attack of WRC calendar followed by mysterious monochromatic patina of Motorsport Classic were hugely impressive, but then it was time to open the smallest of the three packages in McKlein’s box. Is it a CD? Or a DVD? No, it’s another calendar! It’s dimensions are similar to that of a CD box (11.5 x 13.5 cm) and the design is very practical yet equally inviting. Fifty four pages with 55 photographs make this inovative package – each two week period is presented with two different pictures. There are no binds or glued pages – instead, each page can be accessed individually, you can shuffle them around if you don’t care about their 2nd intended purpose of being a calendar, and this is simply great. I am sure I’ll catch myself just shifting through these photographs whenever I need inspiration or idea or just want to enjoy some of the most iconic rally moments and heroes of past and present. One remark I heard about this calendar said it should be made into card game, and I cannot agree more! Despite being the smallest of the lot, this calendar will be your closest companion, since you’re most likely going to keep it on your desk – as such, it will do it’s job perfectly. And it can even serve as a real calendar, so you can mark your appointments and important dates with legends such as Lancia Delta or Subaru Impreza 555 providing a worthy background! Tiny giant this one. 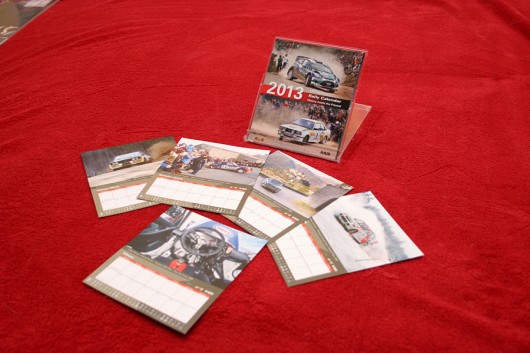 I always knew these products must be of the same magic that speaks to us from McKlein regular photography opus, but just like the rally itself, you don’t actually get the whole picture until you open up that box, or plant yourself on a rally stage and enjoy the show first hand. My last WRC event was way back in the early 2000s, and McKlein package brought many emotions and memories back. All three products are not just that, products, but works of art and proof of massive dedication. My package arrived just as the holiday season was coming close, and unboxing this set and enjoying the goods made me feel like a little kid again – for that alone I am very grateful to each and every member of wonderful McKlein team. You guys are true masters and are playing huge part in this magical thing called World Rally Championship.

Skip few pizzas and beers (really, that’s all the money it takes) and head over to mcklein.de to order your copies. Feel free to use direct links below, they’re not “infested” with affiliate IDs, just a direct link to the great items from amazing team. Thank you McKleins! (apologies for the screaming red of my improvised “studio” and also my Siamese cat Nar approves these calendars!)