Future world champion will be less worthy of his title? 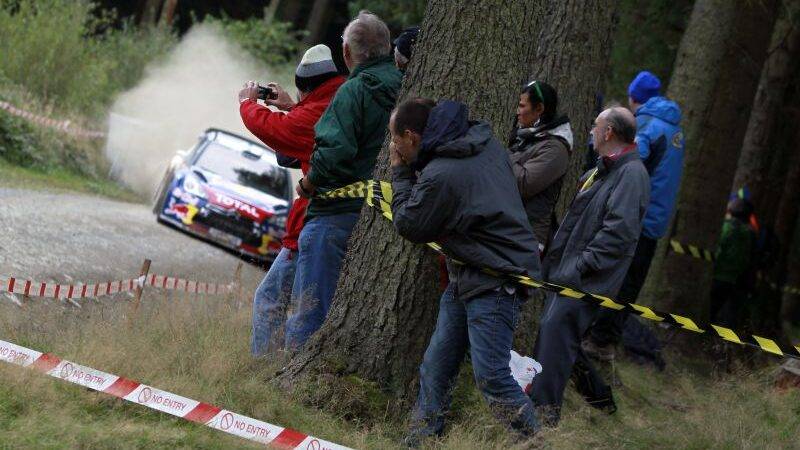 Ever since Sebastien Loeb announced his retirement from the World Rally Championship people are talking about possible successors to the crown. There is no shortage of candidates, no doubt about that, but one thing in particular really grinds my gears. When discussing 2013, some folks like to point out that Loeb is out of contention and thus new World champion can be crowned. In all honesty, Loeb really was subscribed to victories and titles, or at least he made it look like that, but is it really fair or clever to say that only with him out of the way some other driver can become champion?

I can understand if such discussions and claims are tossed around in informal conversations and debates, but I find it odd to read this very claim listed as number 1 reason to get excited over 2013 on series official website WRC.com! This is bad on so many levels. Among other things, it tells us that whoever wins the title next year, was only able to do it because Sebastien Loeb retired at the end of 2012! The future champion will be worthy of his title, but not as worthy as Loeb? Even if it’s true, and even if Loeb would be hotter than hot favourite for 2013 title as well, you just don’t put it like that on official website. It devalues the championship by quite a bit and it sends plenty of wrong messages: was Sebastien asked to leave? Are other drivers sick and tired of constant reminders of their incompetence and now even 2013 is said to be less worthy because it will be claimed without Sebastien around?

Perhaps I missed the point completely and got it all wrong but personally, I was hoping to find “media coverage” and “TV broadcast” listed among those 10 reasons, but I was out of luck.