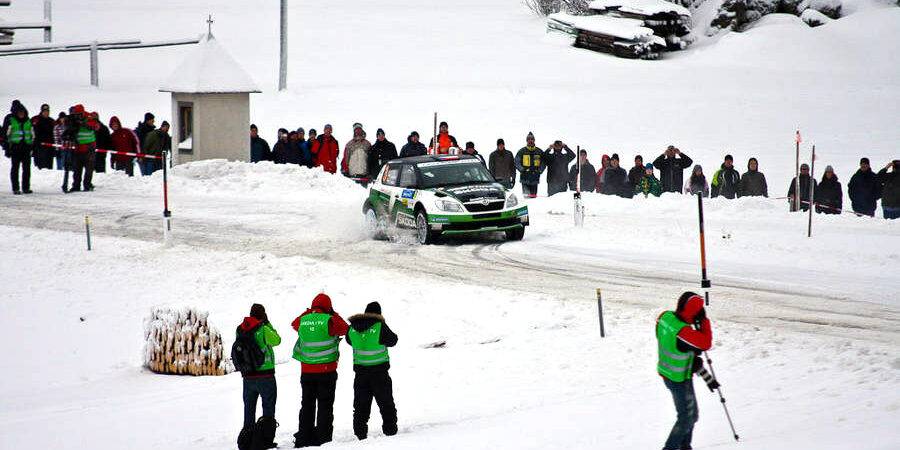 First special stage of 30. Jännerrallye starts tomorrow, and with it the new season of revamped European Rally Championship. There is indeed much to be excited about, and one of the things I’m mostly looking forward to is media coverage as well as impressive list of entries for this year. Eurosport Events got behind new ERC after it was merged with IRC, and all of a sudden we have this shiny new European Championship with strong media package, reknown drivers and very interesting events. If you remember what ERC looked like few years ago, you’ll understand the excitement. If you don’t remember – who can blame you, that was my point.

Not everything is perfect, though, but let’s just say this is just the start of the new concept of ERC, and both organizers and promoter will, hopefully, work very hard over the course of this year to develop even better solutions for media coverage. For now, let’s not get too greedy. Jännerrallye will have a solid coverage – from daily reports on Eurosport to live results and live ERC Rally Radio. TV reports being scheduled for late evening (midnight) and early morning might not be accessible for everyone, but hey, baby steps, eh? Live stage(s) would also be great, but again, let’s see what Eurosport Events and organizers can come up with this year.

And last but not least – the drivers. Jan Kopecky, Stig Blomqvist (yeah, that Stig Blomqvist!), Francois Delecour are just few names confirmed for this years European Rally Championship. Hopefully, Robert Kubica will be able to compete in several events. And there are numerous other drivers – ERC is quite accessible for new talents – all you need is a car that complies with the rules and you’re eligible for rallies and points.

Can ERC be serious competition to WRC? I sure hope so! Competition is never a bad thing, and we would be very silly to complain about ERC becoming a strong series.

In the end, I should also be looking forward to European Rally Championship for a good reason – one of the rounds takes place in Croatia. That, however, is not set in stone – Croatian national motorsport association took over organization of the event for this year for no apparent reason, and for now we have no idea what exactly is going on. There is no communication with media, only speculation and rumours – from new location of the event to new date and allegations blaming association’s secretary for orchestrating the takeover of organization only to fail to secure proper financial backing. I won’t even go into more details, but let’s just say private interests are often mentioned in conversations.

Whether Croatia Rally makes it or not, European Rally Championship promises to be exciting and well worth following!