Times are better now in Monte 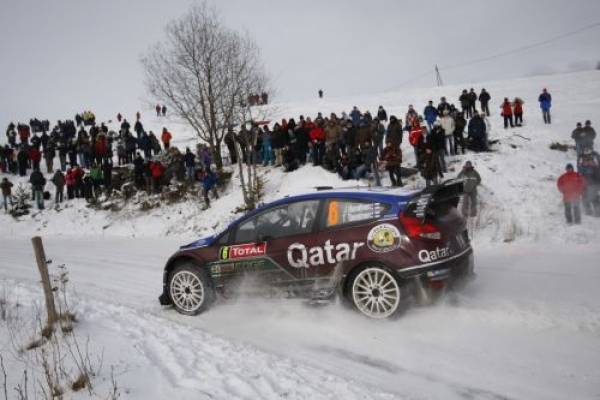 Splits are in, and Sebastien Loeb is permanently in the lead – it means the timing services are working as intented today, or so it seems for us sitting at home. There were many complaints yesterday about the poor timing services provided by FIA’s new partner, but for now situation looks much better. Again, this is from my perspective – it may be that crews and teams are seeing some issues today as well.

Anyway, first loop is behind us and crews are in service. Sebastien Loeb took it easy on first three stages, easing off when the risks were too high, and generally played it safe and full in control. He can afford that with significant lead he has over Volkswagen’s hero Sebastien Ogier in second place. Ogier was, however, impressive again – one stage victory and very well paced drive see him poised for podium finish at least. Yet, it’s quite a way to go.

Dani Sordo is rubbing it in for everyone declaring him purely a tarmac specialist – it’s been a while since Spaniard’s notorious years, and he is very mature and all-around quick driver these days. Let’s also not forget he is pretty new to Citroëns WRC machine, so third place in ice and snow, and with a new car is just phenomenal.

Finally, I’ll wrap this thingy up with a praise to Evgeny Novikov. Young Russian surrounded himself with probably one of the best supporting crews imaginable. Francois Delecour and Daniel Grataloup are his ice crew, while Ilka Minor took over the co-driving duties. Evgeny is fast, that was never in question, but he also seems much more in control of his ambitions. With such approach, and if he really keeps himself out of trouble, Dani Sordo will have a hard job defending that third spot this afternoon.