Alright, let’s call things by their real name. If there is a rally going on, chances are stages will be tough, technically demanding, in dark, with heavy rain or very slippery slush and snow, but unless spectators or competitors safety is at stake, there should not even be the remotest of hints suggesting stages are “undriveable”, as some drivers were saying today. I can fully understand the frustration of being forced to use road mode and drive at “30 kph”, while having “no control over cars”, but again, unless the safety of spectators or crews is at stake, there is no problem. In this sport, you just do what it takes to get through the stage! Sometimes it means jumping over blind crests at 200 km/h in Finland, and sometimes it takes 30 km/h and very calm nerves to get to the finish. I am sure many will disagree, citing lack of speed as bad for the spectacle, but that makes no sense, unless we want to convert rallies to stadium races with perfectly controlled conditions. Safety first, rally second and there is no third.

Inevitably, there will always be someone not happy with the stage, road conditions, tyres, pace notes, sex life, but to authoritatively proclaim: “This is not rally!” is a bit too ambitious I would say. I’ll say it again, unless safety of crews or spectators is at risk – this is exactly what rally is. It’s a challenge of both speed and control, it’s not a drag race and it’s not oval race, it’s man and machine against not only time, but elements as well. At least that’s how I see it. And to explain what I mean by “crew safety” – it’s purely related to whether or not emergency services are able to operate at full capacity, and provide help in case of an accident. Put simply, if ambulance, firefighters and similar can reach the stage without delays, then the stage is on.

Two last stages in Monte Carlo were cancelled due to safety concerns – bad weather and huge number of fans apparently don’t mix – as people were coming to or moving out of the stages, narrow mountain roads soon got clogged beyond repair and organizers pulled the plug on two last tests, one of which was the bonus points scoring power stage.

Big, epic even, victory went to Sebastien Loeb. He was out of reach, and driving his own rally, never seriously threatened by anyone other than the stages and conditions themselves. The fact is he will only do four events, or at least that’s what he’s been telling everyone (and Ogier), and therefore could perhaps afford to push and not calculate as much, but I am pretty sure he would be very close to this pace even if he was looking after the position and the points in full season. His departure from the sport is huge loss, and the performance in Monte Carlo proved it further for me – he made it clear he is still a huge force, and could be running for another title as a huge favourite this year. On the other hand, he obviously felt the time was right to call it, and him not being on stages will not diminish the importance and validity of other winners in this years events. 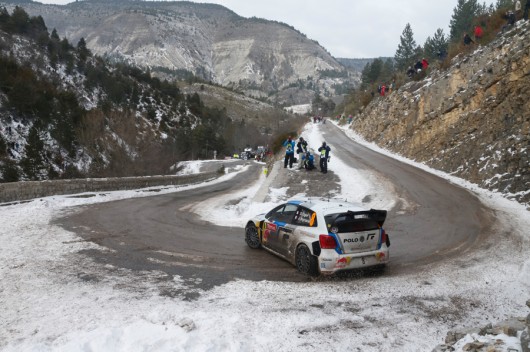 Sebastien Ogier and Volkswagen were true stars of this rally for me. And don’t get me wrong, for an event like 2013 Rallye Monte Carlo it is pretty impossible to single out stars and heroes. To tackle slushy Col de Turini and survive it to tell the story is a heroic achievement. But what Ogier and Volkswagen did was bring faith back to us. This team was very cautious before the season started, and some people were really doubting Volkswagen’s ability to perform against established powers of Citroën and Qatar. Even though it is pretty hard to actually compare and judge VW’s performance based on complex rally such as Monte, facts don’t lie – Ogier had a great rally, masterfully embraced and conquered all challenges, from pushing hard to keeping the cool. I’d like to say he actually matured over the year spent testing and competing in S2000 car – and instead of the reckles quest for vengeance he opet for the more effective and intelligent careful and calculated approach, while being spectacular at the same time. Future champion, no doubt about that. As for Volkswagen – their influence is really hard to put in few words – from fantastic new websites to excellent utilization of social networks, Volkswagen really set new standards. Dare we even think of what would WRC be like if current and next teams would accept VW’s challenge, and try to up the game even further? 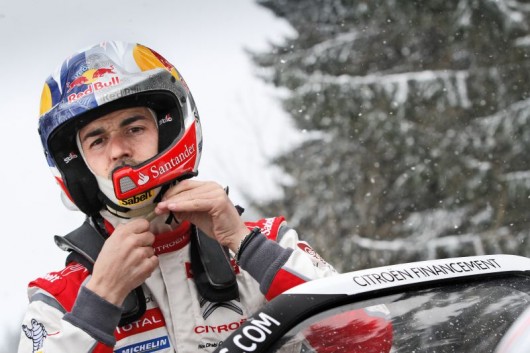 Finally, I’ll wrap this report, and there will be more, by special praise for third placed man, Daniel Sordo. What a drive! Yes, gaps were huge, but Sordo did not sit and wait for bronze medal to fall in his lap. Amazing battle with Evgeny Novikov pushed Sordo almost over the edge, but he kept it under control, and he used his experience brilliantly, shaving just enough speed when conditions called for it. Not to mention the fact that this was his first event in Citroën DS3 WRC, and on a surface which is not his specialty, according to some doubters and nay sayers.