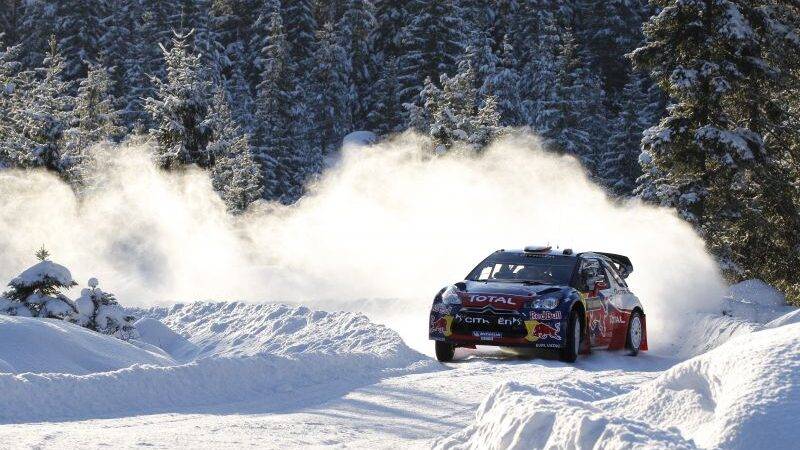 According to Mads Ostberg, what we saw in Monte Carlo, or rather in the French mountains, was not proper snow. And he is right – it was slushy, muddy, wet mess in which keeping your right foot off the rightmost pedal often guaranteed good result, or at least safe finish. It was as much a battle of ice crews and tire strategists as it was of drivers and driving skills, and in such conditions there is little hope for anyone if Sebastien Loeb is around. He claims his motivation did not suffer after announcing the retirement, and he backed these claims masterfully in Monte Carlo.

Fast forward a few weeks, and Rally Sweden is upon us. And with it, the proper snow, the kind of snow that even the Vikings, Finns and other creatures of the dark, cold North would approve. And no wonder there are smiles and grins on the faces of Scandinavian drivers. Because, we merely adopted the snow, but they were born in it!

Seriously though, there is impressive list of snow-born drivers on Rally Sweden entry list. For sure (oh I love this phrase!), Sebastien Loeb will once again allow us to enjoy the privilege of his presence, but just take a look at the rest of the list, and few very strong candidates for the win pop up.

2013 started roughly for Jari-Matti Latvala – it was just the kind of start he wanted to avoid, but no point in crying over past mistakes (yeah, you can also use the milk phrase if you like). It is interesting to read opinions of WRC fans and enthusiasts regarding the hot favourites for Sweden. Latvala rates very high, Sweden should suit his style and he enjoys that rally very much, but he also needs to find fine balance between staying on the road and “if in doubt, crash out” approach. Mikko Hirvonen is also favourite pick of many, which is quite understandable. Apparently he struggled a lot in Monte and constantly changing conditions did not suit him at all. If Sweden provides the uniform surface, can Hirvonen deliver and beat not only Loeb, but also Latvala and other “scandies”?

Speaking of favourites, Mads Ostberg will also be there, and Juho Hanninen, which means there is fair amount of “local” knowledge behind the wheels. But will it help at all, or should we expect another war of Sebastiens, with Ogier looking to close the gap to Loeb after Monte defeat?

There were many suprises and difficult disappointments in Monte Carlo, and it is quite possible that Sweden also could be too much of a challenge to some drivers, even the “local” ones. Evgeny Novikov was flying high, until crashed out in much the same way as Latvala, so I’m curious to see what kind of pace he can maintain in Sweden.

My only regret is the absence of Andreas Mikkelsen. Volkswagen’s driver will join his team later in the season, which really is a shame, but driving slightly limited programme is MUCH better than not driving at all. Which is what could happen to Hanninen, but let’s be optimistic – he definitively deserves a spot in WRC.

But the biggest question is, can Sweden actually deliver snow?