Kris Meeke, Colin McRae and the immesurable importance of TV for the future of WRC 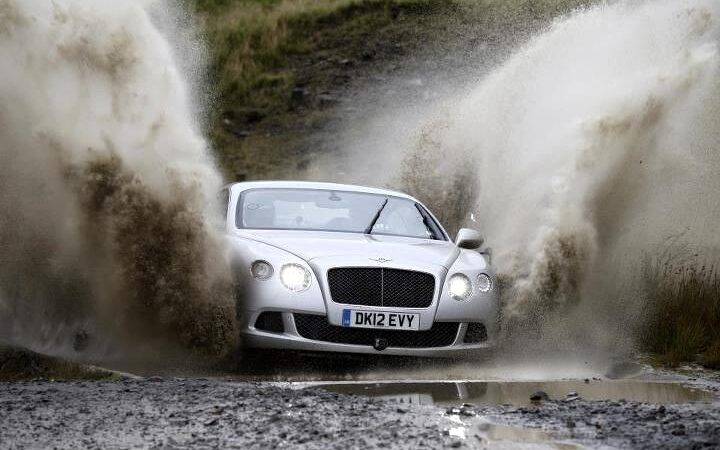 Will this topic ever retire? In short, no. For the moment, World Rally Championship is still repairing the damages of 2012, and for now UK viewers cannot even enjoy the daily late night reports from WRC events. And as you can imagine, complete absence of WRC did not go down well for UK rally fans, but it also sparked few interesting discussions within the WRC community.

Colin Clark and Jerry Williams of the recently revived MaxRally website offered their views on the lack of TV broadcast in the UK, and at the same time they expressed their opinions on whether it is actually that important to have a dedicated or prime-time-ish TV show about the World Rally Championship. While Colin claimed lack of TV is no such disaster for die-hard fans and young population, who will just use Youtube instead for even more footage, Jerry accepted the challenge and offered some interesting reasons on why TV is still the high priority for the sport, and a very urgent one.

BBC’s Top Gear started off the new season with a proper bang – even if you don’t actually like the show, there was one feature that glued all rally fans to their TV screens this evening. Kris Meeke took Bentley Continental GT and James May for a spin on a proper WRC stage of Rally GB in Wales. And on top of that, there was even some actual WRC footage shown. On prime time TV. And, to wrap the things nicely up, there is another rally show coming up, documentary dedicated to the legend of Colin McRae in little over 10 minutes from the time I’m writing this.

Needless to say, interest for both shows is/will be huge. And I imagine from all age groups, from tweeting and facebooking teens to the so-called more serious folks in the 30s, 40s and above. Many of those know about rally and it’s heroes, but many do not. But all of them are potential fans of the sport. Because tech-savvy teen will maybe rather get his WRC fix on YouTube, although I do not think that is the trend, but when he or she gets serious about the sport, he or she will want to see more, and in more detail, and quality production and some sort of coherence behind it. As informative and first-hand as Youtube videos get, they’re nowhere near the well organized and presented rally show, made with the intention to actually discuss the sport and make it more popular.

Another thing we must not forget is that all age groups, and I mean all(!), are interesting to the companies taking part in the WRC. Volkswagen is not just looking to sell more Polos thanks to it’s WRC programme, and Citroën did not invest huge amounts of money and time just to pick few extra sales of their DS3. Both companies, and the ones thinking about joining the WRC, want to increase popularity of the brand – they want Polo to appeal to younger folk, but they also want a bit older people to become aware of brands quality and superiority when buying their family or business sedan.

In all seriousness, I cannot imagine Volkswagen or Citroën being satisfied with Youtube over terrestrial TV debate, and I am quite sure they were promised a well structured and presented TV concept for 2013 and beyond. Because TV is available to just about everyone, and that is still it’s major advantage over growing-but-not-there-yet alternatives such as fan-favourite Youtube.

Volkswagen, Citroën and their sponsors want their pictures and successes in mainstream media, they want their cars on TV. Not after midnight, in shows made just for the sake of WRC being on TV in some capacity, but they want their investment to pay off through media exposure to widest possible audience.

This is but one tiny bit of the debate and the reasons being discussed. For serious WRC fans, current TV is not enough and I don’t think UK fans are missing that much, but if sport wants to gain popularity, TV is still very much required. Because it may be silly to hear once again who was fastest on which stage for you and me, but believe it or not, there are people out there who need this information delivered in such shape and form! It’s the same people that keep buying sports newspapers and magazines – they all know the scores, but they just simply want more! You cannot just throw Youtube at them and tell them to go search and Google it.