Loeb begins his quest in Sweden by winning SS 1 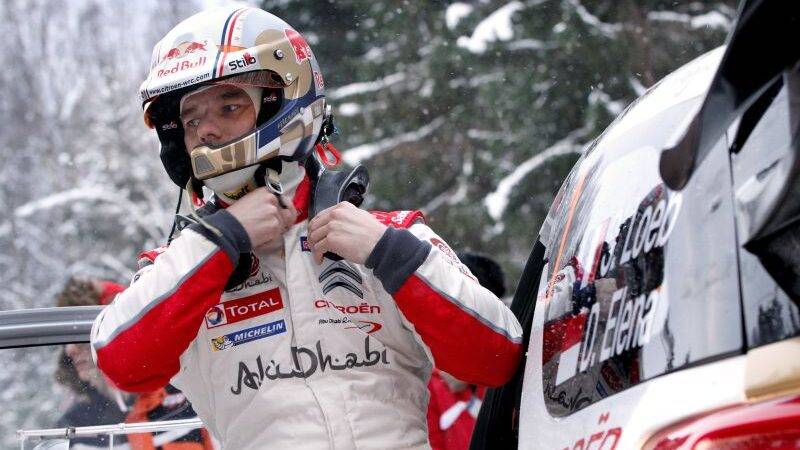 First super special stage of 2013 Rally Sweden is over and Sebastien Loeb emerged on top of provisional standings after interesting duel with his compatriot and secret admirer Sebastien Ogier. Volkswagen driver had some problems on stage (which I thought were catastrophic for a moment, thanks to excited shouts by Colin Clark of WRC Live radio show… I mentioned it to him, but he went all defensive blaming me of being frigid and not excited by rally cars! What the… I don’t even… Just don’t scream about Ogier in that fashion, it was not the best time for him to drop out, he needs to collect mileage, points and answer questions about Loeb), and clipping the bank cost him some time, pushing him well down the order to ninth place. No biggie though, because it’s only a matter of 2 and a half seconds, as this was very short stage.

Jari-Matti Latvala was faster than Mikko Hirvonen, and ends the day in second place, 5 tenths behind the leader, which is exactly the same result scored by third placed Evgeny Novikov.

All in all, not much to report really. Short stage, in which avoiding mistakes was the best course of action, there was nothing to win and all to lose today, similar to every other SSS out there. Tomorrow rally gets underway with first batch of proper special stages. Hot favourites? Well, half a dozen at least, but I’m keeping my eye on Mads Ostberg. Loeb will be very ambitious and motivated, and I am pretty sure he’ll be pulling some extra cards this weekend, just because he doesn’t really need to care that much of consequences. Such an odd, yet interesting position!

Finally, few words on this issue of TV, or lack of it. Super special stage was televised live for Sweden via SVT Play service. Nice effort all in all, and thanks to some shady practice of installing who-knows-which VPN client, rest of us were able to watch it too, mostly in very low definition. The point of ranting so hard about lack of TV is not about this stage in particular, but in the fact that we still have 0 idea on plans and ideas FIA has for WRC for this season. Karlstad stage is just an example – there was a chance to broadcast it live, and that chance was not used. It wasn’t much of a TV show, honestly, not enough cameras and a very, very short stage, but it could have been live WRC on TV. It would be a big step in right direction, I am sure of it.

Two more stages are to be shown live over the course of this weekend. There is a chance you can catch TV action by installing this VPN thingy, link to which was nicely shared by Damien (@miniwintz). It actually works, but please keep in mind I take no responsibility if it messes your computer or mobile device in any way. Also, I am in no way affiliated with that site or it’s products. With that out of the way, here’s the infamous link. Install it, approve it, click on Sweden and pray.

TV or not (sigh), let’s just hope for a grand competition and a big rally, Sweden style!