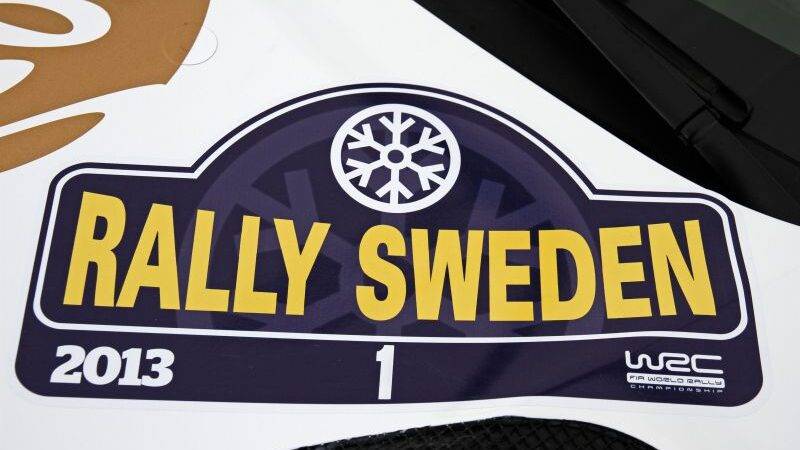 Here we go again. Few days ago Rally Sweden tweet sort-of confirmed there will be no live TV on any of the stages this year, including the opening super special in Karlstad, but I for one kept my hopes alive. And for a good reason! Because today, Rally Sweden confirmed the schedule of broadcasts by national TV, SVT!

Well of course, these shows are only available in Sweden, and this is not, I repeat NOT, part of the brand new media and TV coverage package, promised by Red Bull Media House, FIA and their many partners. I am not sure whether SVT uses the sophisticated microphones, so we cannot be sure if their broadcasts will be match for offical WRC ones. If you know what I mean.

More precisely, live and daily shows will be available via SVT Play service, which is video on demand type of thing, and is only available from within Sweden.

Now comes the ugly part, the one that we got so familiar with over the years. Want to see WRC on TV live? Better hide your ass, to paraphrase the name of one of the “services”, enabling you to mask your real IP and make it appear as though you’re visiting SVT Play site from Sweden. This is, more or less, stealing and playing unfair, but hey, we want our WRC. At the same time, SVT should be praised for their efforts as much as FIA and their partners should be booed for their lack of initiative.

So, if you are in Sweden, visit Rally Sweden’s website for more detailed schedule. For the rest of us, it’s hacking and stealing once again. Or we should just wait for some nice soul in Sweden to actually do the stealing for us and record these streams and then posts them to Youtube. Because, you know, Youtube!

World Rally Championship – now you see me, now you don’t!