Ogier, Loeb, Hirvonen, Nikara and others talk about day 1 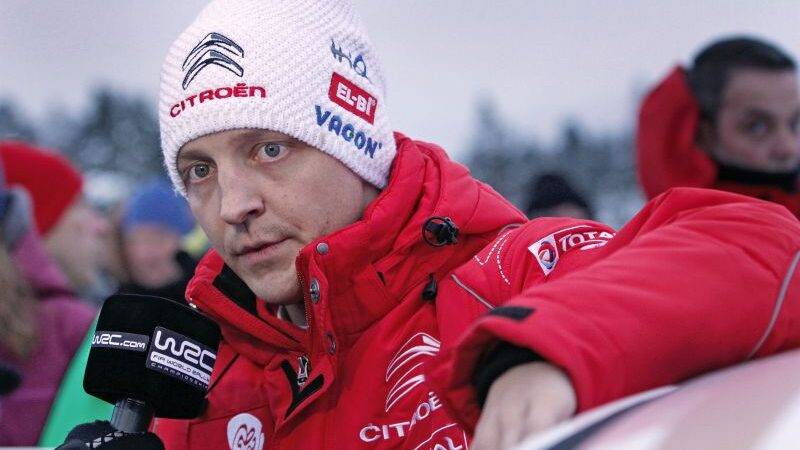 Day 1 of Rally Sweden was full of excitement and drama, with some favourites flying high while others were buried deep in snow, their hopes dashed by slightest of mistakes. As always, reading through the comments and reviews made by the very warriors themselves is interesting and gives you more detailed perspective on the events of 1st leg of 2013 Rally Sweden.

“Jarkko started off very fast, perhaps a little too quickly given the fact he was running first on the road, and underestimated how little grip there was,” said Prodrive WRC Team principal, Dave Wilcock. “As a result on stage three, he ran wide and went into a snow bank. Unfortunately for Jarkko it was an area with few spectators, otherwise he would probably only have a lost a couple of minutes. “For the rest of the day he has been regaining his confidence and slowly picking up the speed. Still, while we are all really disappointed to have lost so much time, he has been setting a strong pace in only his second WRC outing. Our benchmark for him is Henning Solberg and the two have been trading times around the top ten for most of the day. Tomorrow I am sure he can do the same.”

Jarkko Nikara said: “We had a good feeling in the car today, but on stage three I felt a bit of understeer and ran wide hitting the snow bank. After that, I lost some confidence. We will make some small changes to the car tonight as I only had a short time to test the car before the event and we will try to set some top ten stage times tomorrow and gain more experience. I still have a bit of a fever so I hope to get a good night’s sleep and feel better in the morning.”

Jari-Matti Latvala, Volkswagen Polo R WRC #7
“It is looking good for us. Our team-mate Sébastien Ogier is extremely quick, but we are not far off him. And we are involved in a close battle for second place with Sébastien Loeb. We changed the set-up of my Polo R WRC a little on the third stage, and that had a positive effect. The performance of the car is very good, but I am not quite managing to get the very best out of it in all conditions yet. The conditions were very difficult today, and the intercom system was down at times this afternoon, so we had to improvise. All in all, however, I am very happy with the result.”

Sébastien Ogier, Volkswagen Polo R WRC #8
“An unbelievable day for us. A lead of over half a minute at the end of the first day is really a big surprise. My Polo was perfect today. Even the test in Sweden last weekend went well, but we did not know back then just how good the car is in these conditions – we know now. The team really did a fantastic job. Despite this, we still have not won anything. That was only day one of the Rally Sweden. The route is extremely difficult, as proven by mistakes from a number of top drivers. We still have two tough legs ahead of us, but it goes without saying that we now want to defend our lead until the end of the rally on Sunday.”

Jost Capito, Volkswagen Motorsport Director
“A remarkable day of rallying for Sébastien Ogier and Jari-Matti Latvala. A lead of that size at the Rally Sweden is huge. Both drivers did a great job today. We made some valuable findings regarding the performance of the Polo R WRC today. We expect another tough, but fascinating, battle for the lead tomorrow.”

Drama struck within a few kilometres of the start of Lesjöfors 1 (SS2). One of the leading contenders to win the rally, Mikko Hirvonen was the first to run into trouble. “It happened barely a kilometre after the start, in a section which wasn’t particularly difficult,” said Mikko. “The rear end lifted up and the car started to slide towards the verge, where what should have been a snow bank had been flattened by another car. We span before getting stuck in a snow bank. There weren’t any spectators at that point and so it took us a lot of time before we were able to get the car back onto the road.” Having lost 24 minutes, it’s now a very different-looking race for the Finn: “I’m now going to drive without taking any risks to try and pick up a few points for the Manufacturers’ championship. I’ll also try to score some points in the Power Stage.”

Third fastest on SS2, Sébastien Loeb confirmed how difficult the Swedish course was proving: “There is a fresh layer of snow which is swept off the line as the cars run through the stages. When we’re on the line, things go well. But as soon as the rear end drifts off the line a bit, the studs no longer bite into the ice and it becomes difficult to stay on the road. I still have to maintain an aggressive pace, otherwise I’ll end up going slow!”

Second overall at the day’s mid-way point, the nine-time World Champion was fighting with Jari-Matti Latvala, who moved ahead of him after Lesjöfors 2 (SS5). The Citroën Total Abu Dhabi WRT driver kept pushing however, and he reclaimed second spot on Vargåsen 2 (SS7). Trailing the leader by half a minute, Seb was realistic in his appraisal: “I’m pushing but I can’t do much more about Sébastien Ogier. There’s no doubt that my starting position wasn’t so good today, but that doesn’t account for everything. For the time being, I’m not thinking about closing on the leader, I’m more focussed on defending my second place!”

“Obviously, things haven’t really worked out like we had hoped,” admitted Yves Matton, Citroën Racing Team Principal. “Mikko fell out of contention very quickly, but that’s part and parcel of racing, taking risks when you’re going for the win. However, I’ take heart from Seb’s performance. There were just a few seconds between him and Latvala, who is undoubtedly one of the best on this surface. We still don’t know how much of a handicap our starting position was. It will be easier to compare tomorrow, as Seb will be running just before Sébastien Ogier.”