Hyundai Europe: “We have the costs under control” 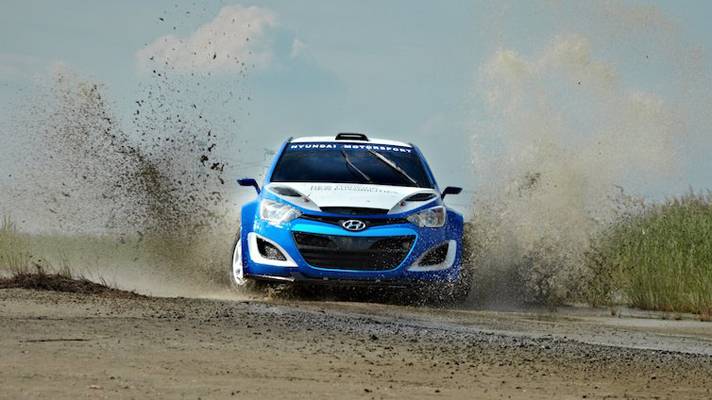 Short article on Reuters may not be in direct connection with Hyundai’s WRC programme, indeed WRC or motorsports were not even mentioned, but it still is quite important even for our sport.

Over the last couple of days, PSA Peugeot Citroën and their financial troubles were high on the list of WRC topics, but for now group’s WRC programme is intact. Not only that, but Peugeot is really going about it’s business as usual, renaming their latest rallying hopeful, 208 Type R5 into 208 T16.

On the other hand, Hyundai looks to be in much better shape, which is no real surprise to anyone remotely familiar with the trends on the car markets in Europe. South Korean car maker really upped their game in Europe over the last couple of years, and the results are in. Together with sister brand Kia, Hyundai launched an offensive, with host of new models. To top it off, Hyundai is not interested in being second best or avoiding challenges. It’s pretty clear their target is the very top, which would translate to Volkswagen, as well as PSA Peugeot Citroën. The very opponents Hyundai will face next year, when it joins WRC for a first full season.

“2013 will be a year of consolidation before we aim to grow further in 2014,” Allan Rushforth, Senior Vice President and COO of Hyundai Motor Europe, told Reuters. “We have the costs under control,” the Hyundai Europe manager said.

While not directly connected to WRC project, this statement is good news for the Germany based motorsport team. With financial stability and given the promised improvements in media representation of the WRC, there is no reason why Hyundai would not fullfil their promise and bring couple of i20 WRCs to Monte Carlo next year. Hopefully, Volkswagen and Citroën at least will be there to join them.

In other Hyundai related and also good news, South Korean company reportedly recruited former Peugeot 207 S2000 project manager, Bertrand Vallat to join the ranks of Hyundai WRC team in Germany. Perhaps Hyundai is a bit quiet at the moment, and keeping the low profile, but it seems they are actually very busy and, more importantly, very serious about this project.