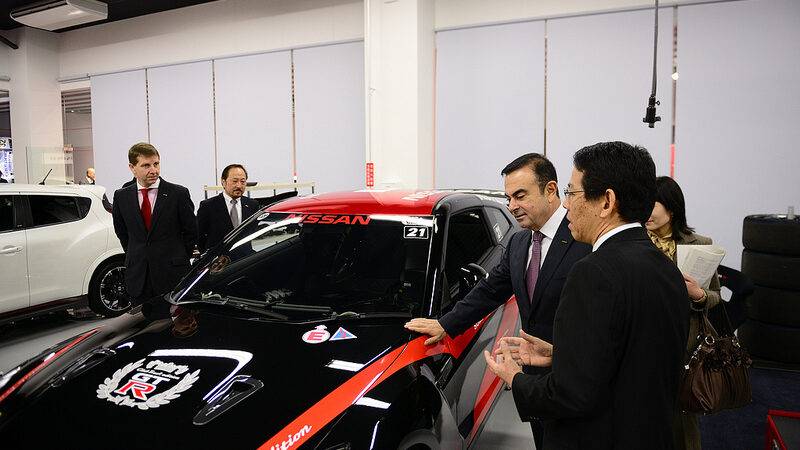 The loud sigh of relief of Juke haters was loud – there will be no Nissan Juke in World Rally Championship. To begin with, chances for that happening were slim to none, with none having a 20 minutes lead over slim, with no stages left to go. But hey, I am allowed to dream, even if dreams consist of cars shaped like that Juke thing. Sure, in Nismo R guise it looks like it runs on semi-digested parts of human flesh, but in road going livery it’s mildly odd. Yet, as a driver of Megane Mk 2, I should not be too vocal about car design. Megane was so strange and not-right-there that I just had to have it, but Juke is not in the same league. At the same time, sales results prove the beauty is in the eye of beholder.

Despite Juke’s odd looks, and to be honest, I picked Juke quite randomly, Nissan and/or Renault could use other car(s) as well should they decide to launch WRC programme, many fans of the company expressed joy over the idea of Nissan becoming new factory team in WRC. “I’d piss my pants” was one of the more descriptive expressions of joy and excitement I received. Sadly, or luckily, pants concerned will remain unspoiled for Nissan is set to sail it’s wings far and away of anything remotely connected to rallying.

Alas, Nissan is out of the WRC picture and back on endurance tracks, where it will aim to conquer with the help of electric power and know-how obtained through their brief Deltawing adventure. That and host of other things about Nismo becoming global performance arm of the company, and GT-R Nismo being available to the mere mortal folks. I don’t count myself to be a fan of endurance racing, maybe because it is the worst possible form of motorsport to be followed via TV – you don’t have any idea of time scale, passion, speed, noise but most of all you have no idea who is the hunter and who is the prey, unless you closely monitor result tables and sheets, possibly with a little calculator to help with the tracking. Meh is the best I can do, at least until I get to see one of those races live. There are far more interesting forms of circuit racing, but I reckon endurance has it’s spot for companies, and especially for technology development. Or at least I hope that’s what it’s all about. Electric racing? Meh.

Back to business as usual – Nissan is out, but who could be in instead. Hyundai is safe I suppose, Toyota is more or less testing the waters, who’s next? There is no shortage of companies, so let your imagination take the wheel.

For official Nissan and Nismo motorsport plans, check out the press release papers right here. Plenty to read and many ambitious plans – regardless of no rally, best of luck to Nissan for staying true to motorsports, this kind or the other!