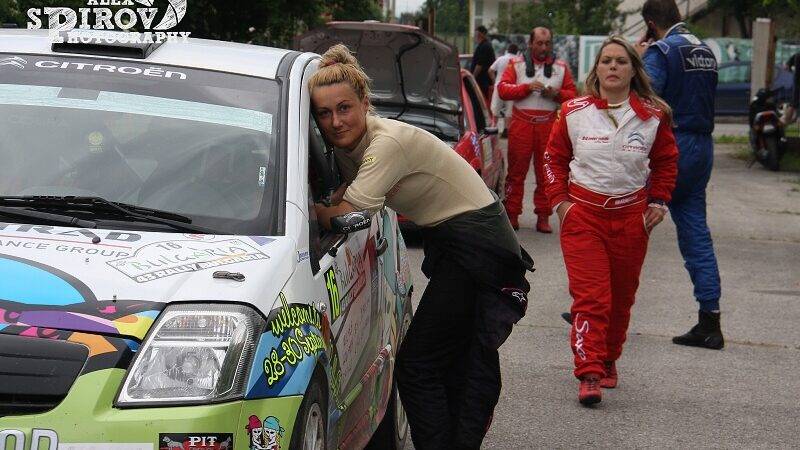 Female drivers, competing in the 2013 FIA European Rally Championship have another reason to try harder and be the best not only in general classification but among female crews as well. Actually, in order to be eligible for points in newly established Ladies’ Trophy, it is not necessary for crew to be all female, as long as the driver seat is occupied by a lady.

Eurosport Events wants to encourage female drivers and/or crews to join the refurbished series, and special prizes will be awarded at the end of the year.

Based on what we saw so far, European Rally Championship is heading in the right direction and is slowly but surely growing to become very strong and complete international rally series.

Female drivers contesting the ERC will be eligible for the new accolade with three points handed to the winner, two to the second-placed driver and one to third based on the overall classification of each round regardless of car performance. Drivers are allowed to count their best four scores and do not have to be paired with a female co-driver to be eligible for points.

Eurosport Events will use its various communication tools, including the official ERC website, www.fiaerc.com, to publicise the ERC Ladies’ Trophy throughout the season. An award will be presented at the ERC prize giving ceremony at the end of the year.

François Ribeiro, Motorsport Development Director of Eurosport Events, said: “Since the FIA has created the Women in Motor Sport Commission, we felt it was appropriate to do something at a high level in the ERC. While female drivers take part on ERC events on an equal footing with their male counterparts, an award like this will provide an additional incentive for women to contest rounds of the ERC but also the opportunity to showcase their ability and achievement.”