Renault: “Thanks to extensive media coverage, the ERC is an interesting alternative to WRC.” 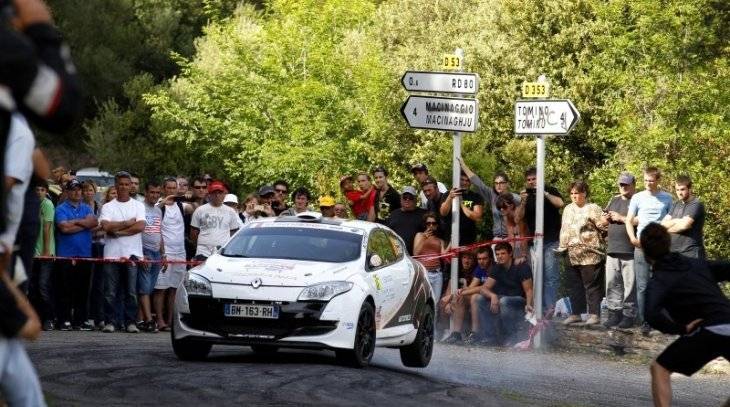 “They are top-class partners and we are hoping to score many successes with them,” Renault Sport Technologies’ ERC Team Manager Eric Balondrade commented on the signing of the partnership contract with Elf and Michelin. “As they have shown over the years, Michelin and Elf are proven winners operating at the pinnacle of motorsport. Together we are aiming to add even more race wins and titles to the make’s long list of triumphs.”

“Rally has been in Renault’s genes for more than 80 years, and we are proud and thrilled to present this ambitious project. We’ve achieved great things in the last few years thanks to a succession of good drivers, and Robert Consani is one of them. We’re also banking on Germain Bonnefis, who we’ve been following closely for a long time. Thanks to extensive media coverage, the European Rally Championship has stepped up a level this year and will make for an interesting alternative to WRC.”

Overseen by competition director Yann Paranthoen, the 2013 ERC programme will begin with two test sessions leading up to the opening event in the Canary Islands.

The winner of the 2012 IRC Production Cup drivers’ title in a Megane Renaultsport N4 and the main architect of Renault Sport’s IRC 2WD Cup triumph, Robert Consani has been given one of the two slots, with Thibaut Gorczyca sitting in as his new co-driver.

“I’m very proud to be representing Renault Sport,” said Robert Consani. “The objectives are pretty clear. We’re going for the Production team title and then the drivers’ championship. This season will be full of new experiences for me because I’m representing a manufacturer now. I’m with a new team and a new co-driver and I’ve got a talented team-mate in Germain. I can’t wait for the start of what’s going to be a hugely challenging season.”

Taking the wheel of the other Megane Renaultsport N4 is Germain Bonnefis, who will have Olivier Fournier alongside him. Reigning French Gravel Rally champions and former development series winners, the Aveyron duo have already had the chance to show what they can do in a Renault Clio Renaultsport R3.

“I am extremely honoured and proud to have been selected by Renault Sport Technologies to represent the make at international level,” said Germain Bonnefis. “We’re going to be competing in some legendary events like the Tour de Corse and the Sanremo, and we hope to put in some good performances. Winning the titles is a big ask but it’s within the reach of this great team.”