Citroën relies on Hirvonen and Sordo in Mexico 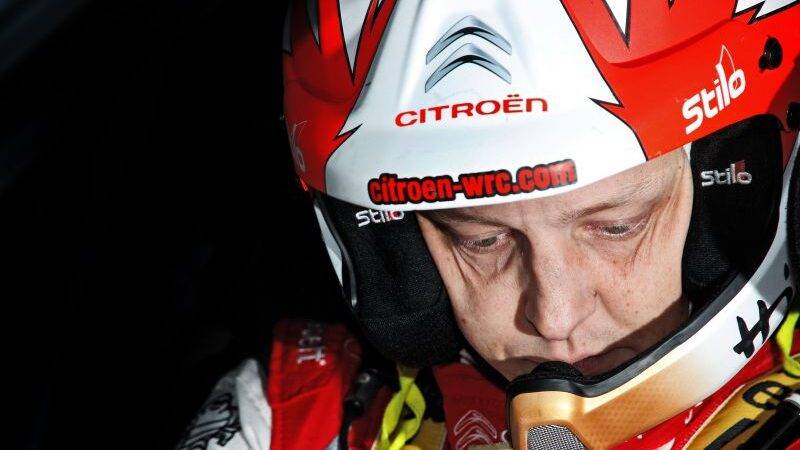 Upcoming Rally Mexico, round three of 2013 World Rally Championship will be quite special for several reasons. Undoubtedly, we will hear A LOT about one of those reasons in the next couple of days – it will be the first full event run without Sebastien Loeb and Daniel Elena! Nine times world rally champions will compete in four events this year, two of which are already behind us – Monte Carlo and Sweden. In Mexico, however, Citroën will have to turn the page and enter the new, post-Loeb era.

Mikko Hirvonen and Dani Sordo will be flying Citroën’s banners in Mexico. Hirvonen had a rough start in Monte Carlo and Sweden, and Mexico could and should mark the turning point for the Finn. At the same time, Dani Sordo started off a bit better in Monaco, but struggled in Sweden. He will also look for a chance to secure solid finish and points.

Both drivers are motivated and capable of top results, but the pressure is mounting, and even though they say season is still young, there is little doubt of few alarms going off in Citroën after Sweden and Monaco. To top it off, Mexico is full of challenges, from altitude and specific surface to very tricky stages, which are also not very forgiving. With most of the events being run on gravel, Rally Mexico will provide new reference on the pace and shape of the leading teams and crews, and Citroën is determined to regain some of the confidence if it is to challenge Volkswagen.

Can’t wait for Rally Mexico to start! As for Mr. Loeb, it would be great if we could keep count on how many times his name will be mentioned over the course of the event! I bet Loeb will be discussed and mentioned as often as the winner of this years event.

As it celebrates ten year since joining the WRC, this year’s Rally Mexico will be different for several reasons. The first of these is that the list of entrants at the third round of the season does not include the no.1, as Sébastien Loeb and Daniel Elena are not taking part in the rally. This has not been the case since 2006, which means a new line-up for the Citroën Total Abu Dhabi WRT. Alongside Mikko Hirvonen and Jarmo Lehtinen, nominated to score points in all thirteen rounds, Dani Sordo and Carlos del Barrio will be competing for the works team for the first time this year.

Hirvonen has high expectations for this first gravel rally: “For me, this is where the season starts for real. We now have a very good idea of the level of our rivals. I think we can say that we’ll have to fight on every stage and produce a series of flawless performances in order to win rallies. Last year, I was pretty close to Seb for long periods of the race. I know I am capable of producing very good performances on this surface and I like racing here. We have done a lot of work in testing since Sweden, both on my driving and on the set-up of the car.”

“With Seb not competing, maybe this rally is a little bit peculiar for Citroën Racing,” continued the Finn. “It really is the start of a new era for the WRC, but I don’t think that it means there is any additional pressure on me. My job is to get the best possible results and to help Citroën to win. All the people supporting me want that too. I feel full of positive energy and I can’t wait to show everyone that I can win.”

Dani Sordo is also hungry for success. Although he missed the last two rallies held in Mexico, the Spaniard isn’t here just to make up the numbers: “Along with Argentina and Catalonia, this is my third ‘home’ rally! I like this event, especially the second runs on the stages, when there is a lot more grip. That means that the qualifying stage and the choice of starting positions for day one will therefore be very important.”

After taking part in the 2012 Rally Finland in a DS3 WRC, Chris Atkinson will be competing in a Citroën in Mexico. Selected by Khalid Al Qassimi to drive the Abu Dhabi Citroën Total WRT’s car, the Australian was clearly excited to be competing in Mexico: “I’m always happy to be back in the WRC and race with a team as competitive as Citroën Racing. It’s a magnificent opportunity for me, because I had no plans to take part the World Championship this season. I’ll be going all out to score some points for the team again. I tested the car in Portugal a few days ago. Although it was raining, it did give me the chance to get back into the swing of things. I hope I can secure a top 5 finish; that would be a good result.”

A fourth Citroën DS3 WRC will be entered privately and driven by the Beníto Guerra/Borja Rozada crew. Last year’s P-WRC World Champion, the Mexican will be taking part in his first rally in a World Rally Car.

Based in León – Mexico’s shoe-making capital – Rally Mexico will get underway on Thursday evening in Guanajuato. After the traditional ceremonial start held in the streets of the former mining city, the competitors will complete two special stages. The rest of the route is largely unchanged from previous years, with long stages – such as the 55km-long Guanajuatito – interspersed with countless short stages, which can also prove decisive in the outcome of the rally!