Don’t ask Ogier about Loeb, and Hirvonen about Ogier 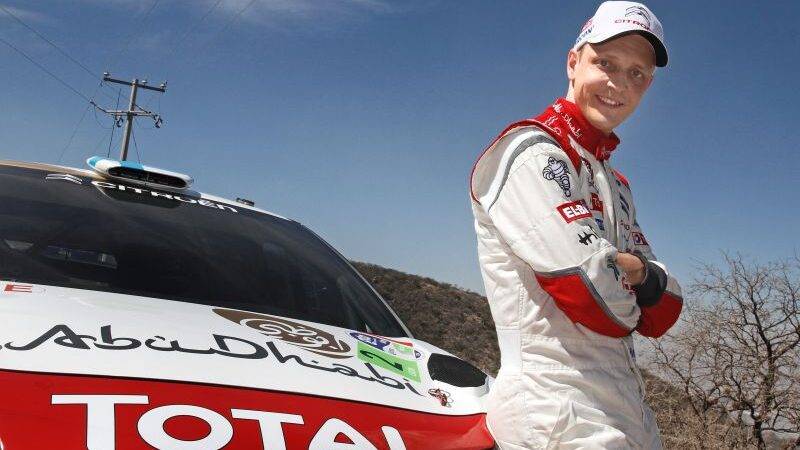 Citroën is currently locked in some interesting battles in Mexico, but the French team obviously lacks pace to keep up with Sebastien Ogier and Volkswagen. Dani Sordo is traditionally struggling on gravel, but since this is his first run in this car on gravel stages, let’s say he needs some more time. Yes, we’re nice like that. And we also are sure Dani is doing a much better job compared to what I would do, so…

Mikko Hirvonen, on the other hand, is a totally different story. Named as hot favourite by many ahead of the start of the rally, Hirvonen is currently trying to understand why his pace is no match not only to Ogier and Volkswagen, but to young Mads Ostberg in Qatar-backed Ford. Hirvonen was fast on short qualifying stage, and picked what looked like best starting position, but so far he failed to materialize on that. Plus, he reportedly gets quite upset when reporters ask him to comment why Ogier is so fast. Which is exactly what reporters should be doing, Mikko needs that extra motivation.

On Las Minas (SS4), Mikko Hirvonen pushed hard to move up into third position. The Finn set another good time on the day’s longest stage, El Chocolate (SS6). After returning to the service park, his overall assessment was fairly positive. “I’m not totally happy, because I would like to be a bit nearer to first place, but it’s nonetheless a good start insofar as the gaps are still pretty small,” confirmed the Citroën Total Abu Dhabi WRT driver. “In theory, we had the best starting position but the roads are so full of potholes and rocks that they are not sweeping clear as much as we had thought they would.”

“It hasn’t been easy returning to this rally in such difficult conditions,” explained Dani Sordo, who was fifth overall, over a minute off the pace. “As there were quite a few retirements among the drivers starting ahead of me, very quickly I found myself running in a more difficult starting position. There were tracks, but the lines weren’t clearly marked out and so I ended up having to sweep my own racing line. Having said that, I had a good feeling on the first two stages of the day, so I’m going to try and keep it up.”

The second runs on the stages enabled Mikko Hirvonen to pursue his battle with Østberg and Neuville. Once again quick on Las Minas, Los Mexicanos and El Chocolate (SS9 to SS11), he ended the day nine seconds adrift of second place. “The second loop continued where the first left off. Apart from on El Cubilete where I lost time without really knowing why, things went well,” reported Mikko. “I am pleased with the car and I’m enjoying the fight. We have completed the longest day of the rally, but we haven’t reached the half-way stage yet, so there is still a long way to go.”

Although he held onto fifth place at the end of the leg, Dani Sordo wasn’t pleased with his performance: “I struggled to find the right pace and adapt to the car. I lacked confidence, and very quickly we were losing a second per kilometre… We’ll analyse my performance today so that we can take a different approach to the second leg.”

After dropping down to fifteenth following the penalties collected on SS4, Chris Atkinson then produced a fine performance with a series of fast times throughout the day. The Australian had moved back up to tenth overall after SS11, which put a big smile back on his face: “I had a fairly standard Rally Mexico mishap, when I hit a rock that wasn’t there in recce. The first result was not having to retire at that point. Then the team did a great job in the service park to fix the car and I was able to continue. It’s nice to be able to pay them back with a few good times. We’ll keep pushing tomorrow to try to keep moving up the standings.”