Citroën looking for points in Mexico after 2nd leg 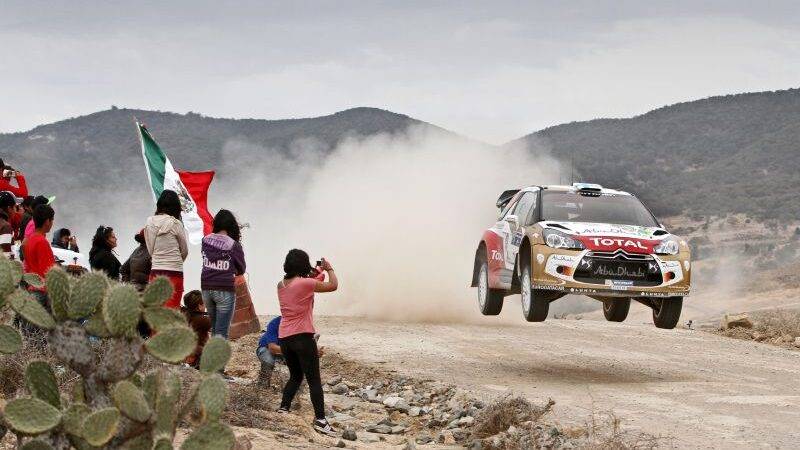 Citroën ended second leg of Rally Mexico in good position – Mikko Hirvonen inherited second place after Mads Ostberg was forced to retire with a broken alternator, while Dani Sordo is aiming for points finish. That is unless he decides to rage quit and go home, as some of his comments suggest. There is obviously pressure on Sordo to perform, and it is also obvious he is not able to find good rhythm behind the wheel of a DS3 WRC. Frustration is palpable, but will he be able to turn it into positive outcome, or is he really so desperate to consider quitting the season, it’s hard to say.

French team is going through a pretty rough time, with Sebastien Loeb gone and current driver not being able to match the pace of the Volkswagen. Especially as team was expected to perform on gravel rally such as this. Most likely it will take more than pure potential to compete for the titles this year.

Mikko Hirvonen began the day in third position overall, aiming to catch Mads Østberg. After a good first stage, the Finn heard the news that his Norwegian rival had retired before the start of Otates (SS15). He therefore eased off considerably before heading back to León for the mid-day service. “It’s a shame for Mads, but it means that we gain a position. The gaps are pretty big now, so my aim for the rest of the rally is to make sure of second place. It won’t be easy because the road surface is particularly difficult. But I’m not worried, I’m used to managing this kind of situation. We’ll just have to stay totally focussed.”

Also having got off to a strong start on Ibarilla, Dani Sordo lost ten seconds or so after picking up a puncture 7 kilometres from the finish. With no second spare tyre, the Spaniard then took it particularly easy on the first run on Otates: “In any case, I couldn’t go much faster, the car was sliding around a lot and as soon as I tried to go faster I ended up almost going off. We tested a new set-up this morning, but we are going to make some more changes.”

After the service, the competitors headed off to complete their second runs on the stages. After getting closer to the times of the frontrunners, Dani Sordo was happier again: “This time, we moved in the right direction, and I’m going to be able to move forward. I think we have found the right set-up for me. We are now clear in fourth position, so our aim will be to make it to the finish without incident tomorrow.”

Despite adopting a cautious approach, Mikko almost lost his second place on SS18 after picking up a puncture on one of the rear tyres: “It happened after about twenty kilometres, half-way through the stage. I didn’t feel a thing; we didn’t hit anything. I decided not to stop to change the tyre.” When the no.2 DS3 WRC made it to the finish of Otates, his left-hand rear wheel only had a few shreds of carcass left on it…