Epic battle ahead for the silver in Mexico 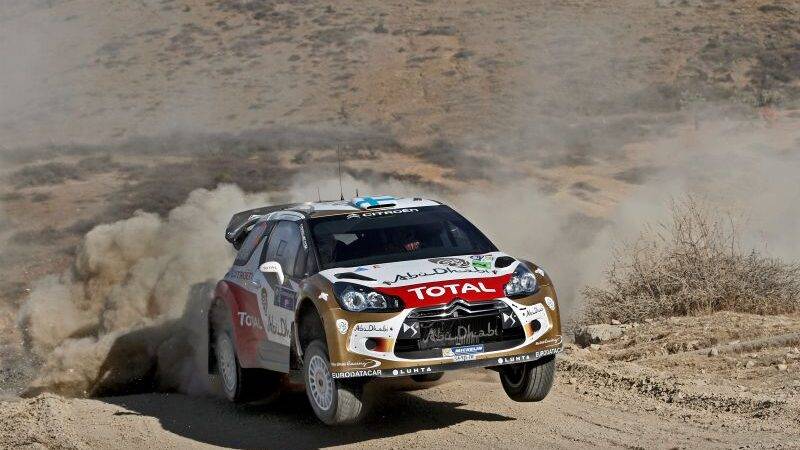 Sebastien Ogier plans to have more fun tomorrow, enjoy the rally and basically just drive safely to the finish. With almost 3 minutes separating him and second placed Mikko Hirvonen, Ogier can easily stop mid stage and have a sip of coffee, but what everyone expects from him is even more determined and focused drive on the final leg of the Rally Mexico. Let’s not forget – first stage tomorrow is a mammoth 54 kilometer Guanajuatito, there is much to be lost there and everyone will want to keep their concentration brewing.

Ogier did say one pretty important thing at the end of final stage of today. It’s important to have fun, to enjoy the stages and experience the car. Being negative, frustrated or just plain pissed off does not work, as Jari-Matti Latvala realized today, when he rejoined the action as Rally 2 entrant. “There is no point in being negative, I decided to change my attitude and way of thinking into more positive way, and take the best out of the situation”, Latvala said. If he only would stop being that guy already! Seriously, stop having so much bad luck, on top of the occassional unforced mistake or two.

After Mads Ostberg dropped out, and I am extremely sad to see him out of the battle for not only podium but maybe even victory, it’s now up to Mikko Hirvonen and Thierry Neuville to spice up things tomorrow. There is only 7,5 seconds separating them. Thierry says he will not be pushing, and that final decision will be on team managment to make, but I doubt he will be actually giving up the fight in advance. Besides, when was the last time Malcolm Wilson’s wishes and orders were taken seriously – he should, in fact, order Thierry to push! We saw what happens when he asks his drivers to keep positions – remember Petter Solberg & Jari-Matti Latvala last year.

Ken Block will be under the attack of another one-off driver, Chris Atkinson, but it’s over 50 kilometers, a lot and then some can happen. Can’t wait!