Yesterday I “reviewed” two WRC cars by two official manufacturer teams – Volkswagen Polo R WRC and Citroën DS3 WRC. Discussing performance and results is not my aim in this mini-series – quite the opposite. Performance and even potential (that’s the thing some cars have, but then they end up rolling into a ditch or nursing broken parts) of current crop of WRC machinery plays only the supporting role. In these articles, design, it’s details and effects are what interests me. In highly subjective manner, speaking purely from the heart and mind. Because, hey, this is design we’re talking about – the holy taboo, a thing you simply do not talk about from fear of stepping on someone’s toes. And for a perfectly good reason.

In this post I will try and express some opinions and impressions on the remaining three WRC cars, currently competing in the World Rally Championship. It would be great, awesome and beyond words impressive if all three belonged to official manufacturer teams. But for some, even the semi-privateer or full-privateer status works! Perhaps by sharing the emotions and thoughts we have about these wonderful testaments to design, engineering and driving ingenuity, we could inspire companies to see and realize the good outweighs the bad in judging whether their WRC projects are good ideas or not. Let’s begin, first up it’s one (formerly) very blue car. 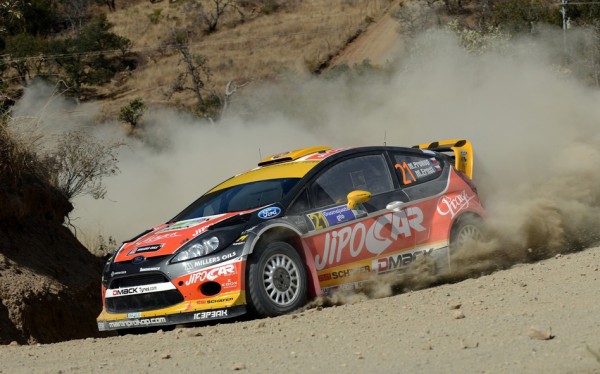 I really had hard time accepting this car for what it is – a fine piece of WRC machinery. I blamed it’s colours, the cool and collected combination of green and blue. Personally, not really favourite combo for something that is supposed to stir up emotion and inspire enthusiasm. 2013 livery is miles ahead of Ford’s former official one, with Martin Prokop topping it with fiery decals on his car. Even though Citroën DS3 WRC is the king of reliability, it’s Fiesta that looks like a tank. Compared to it’s road car counterpart, RS WRC version does not look like it’s taking any prisoners – it’s a huge shame it had to spend more time in ditches and in repair shops, than on top steps of the podium. My favourite detail on Fiesta is the area around the rear wheel arches – I see a lot of Focus Mk I legacy here. Also impressive is the front bumper – it does not look like it will suck you in, but instead it will just run through any obstacle it encounters. Which is somewhat fitting, it seems, since that’s exactly what Fiesta has been doing for the last couple of years! Here’s hoping for a much brighter future in new colours and new, young, but very talented hands. 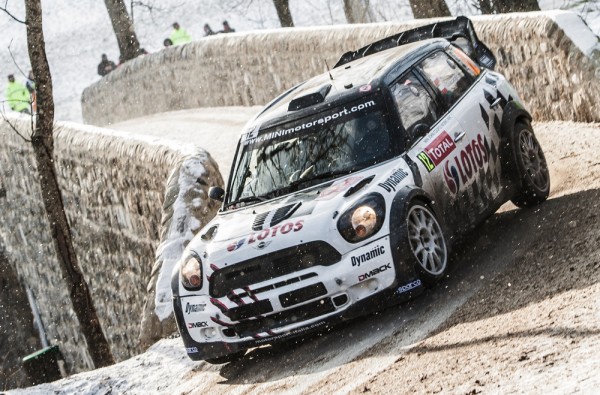 BMW’s premium retro compact is miles ahead when it comes to pure character (or at least, that’s what we’re being told) – after all, it’s a distant relative of one of the most iconic rally cars in history. Of course, modern Mini and it’s 60s predecessor are lightyears apart in anything but rough design idea. BMW would like us to believe that these cars also share more interesting characteristics, such as responsive handling and very efficient performance. To some extent, we can believe that, Prodrive is no stranger to success in WRC, and this car had it’s bright moments, but this dream partnership diminished before it actually started, in a very sad and bitter episode a little over a year ago. For now, Countryman’s true potential remains a mystery. Just like the future for this resurrected legend. My favourite design details on Countryman WRC are the hidden roof pillars, V8-like grille, and the overall stance, resembling a pocket-sized muscle car. As much as modern Minis (and VW Beetles, for that matter!) aren’t my cup of tea in their efforts to milk the old legends, WRC car, on the other hand, just works. 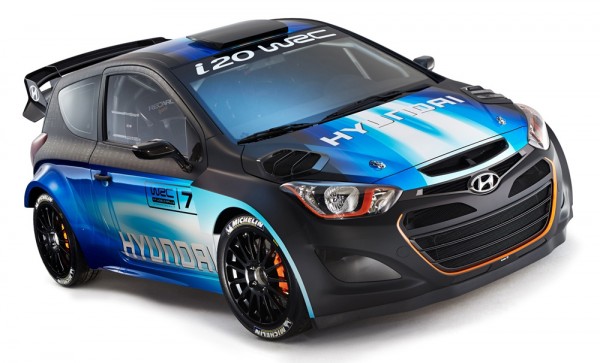 When Hyundai made it’s first serious steps on European car markets, with Ponies and whatever-the-other-ones-were-called at that time, it did not look like anything other than another strange, unknown, budget brand. Fast forward to today, and we have a company determined to give Volkswagen a run for the money. Seeing they decided to join World Rally Championship at roughly the same time as Volkswagen, we can only hope Hyundai has same target on it’s mind when it comes to WRC arena. Modern Kias and Hyundais look pretty good, even in civilian road clothes. They look to introduce difference through character, and the diversity is very welcome. It’s Europe bound cars are design in Europe, which is concept already tried and tested by several brands, and the idea is working well. WRC car is, for now, still shrouded in secrecy. Yet, it showed off some rather bold livery in Geneva, but what this car can do on stages is what will make it or break it. Design-wise, it inspires – angular arches (Polo aka Audi S1), great orange details, striking combination of heaven-meets-ocean-with-a-bang blue and mysterious matte black with some hidden “runes”. It still looks like work in progress, for a brand new team and car it’s only natural. My favourite details is duotone livery, similar to those we see on rallycross cars or, dare I say it, gymkhana machines! I also very much like the overall secretive character – will it rock, or will it flop? Time will tell!