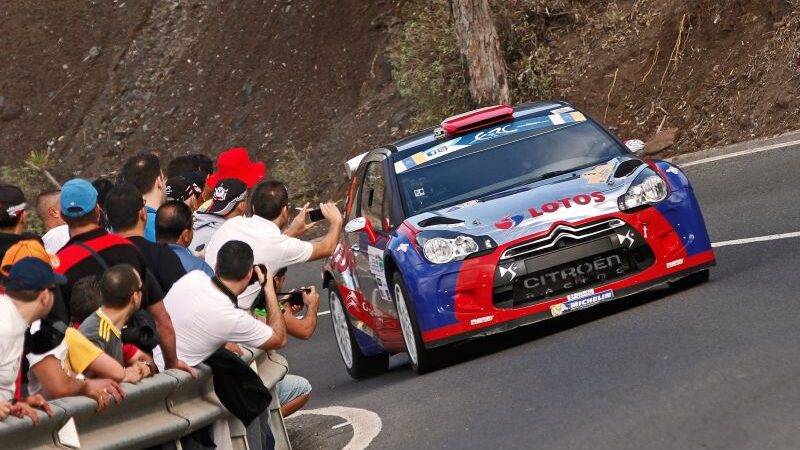 Robert Kubica’s name is on everyone’s lips today, and for a reason! Polish ace is driving his heart out on the special stages of Rally Islas Canarias, round three of the FIA European Rally Championship. Either that, or he is just that fast and can be quick without risking too much. Yes, of course, he’s in a RRC (Regional Rally Car), which allegedly offers certain performance advantages over the S2000 machines from Škoda and Peugeot; he is also using the paddle-shift system instead of the conventional sequential up-and-down lever. Supposedly the paddle system is easier to use, to some extent, but it’s also tuned so it does not enable quicker shifts, compared to sequential system. But to claim Robert’s performance is only down to car and paddle shifter would be pretty silly, to say the least.

I hope it does not need repeating that rally is the sport of the teams, crews and cars. Saying that, if Citroën DS3 RRC is indeed more torquey, that is not driver’s fault, nor is it diminishing his driving skills in no way. Kubica’s right hand is still not fully flexible, hence the custom designed paddle system – it’s tuned to have a delayed response, so it compensates for the fact that it can be used with both hands on the wheel. Does it offer some gains? Perhaps! But not nearly enough to claim Kubica is leading Gran Canaria event only because of that.

Often regarded as one of the best drivers in modern Formula 1, Kubica was heading towards big things (Ferrari being mentioned as one of them) before the 2011 accident almost killed him. Recovery was slow and tough, and it’s still a work in progress, but Polish hero is back behind the wheel, and is currently leading with more than a minute ahead of Jan Kopecky. His driving is smooth and effective, and his ability to control the pace reminds me of none other than Sebastien Loeb. Precise and clean vs. elaborate and flamboyant is how Loeb built his empire of victories.

There is still a lot of work ahead of Robert on Canary Islands, but if these first couple of stages are any indication, we got ourselves a hero of epic proportions. Judging from the reactions from fans and officials in Rally Islas Canarias, he is also to blame for unprecedented level of interest, surrounding the event. I hope ERC and WRC will work with Robert and ride the wave of positive thinking and sudden popularity!

And just to add, I am very curious to see Kubica on gravel! Different surface, the one he wasn’t trained to go fast on… Pace notes will be different, physical challenges as well, but somehow I think he will quickly find the good rhythm and take it from there. And he’ll probably again be more like Loeb on gravel, meaning tight and neat, as opposed to the slipping and sliding antics by some other drivers. We’ll see!