After months of speculation and rumours, Hyundai finally announced its intentions to enter the World Rally Championship at the Paris Motor Show in September last year. B segment bestseller i20 became the base model for development of the WRC car, and first prototypes are already running on test tracks. In January, Hyundai released more details about their programme with the appointment of Michel Nandan as Team Principal. As you most likely know, Mr. Nandan was one of the key members of Peugeot Sport WRC successes in 2000s and was also a part of Suzuki WRC programme.

Hyundai’s team headquarters will be in Germany, but the car will be developed in close co-operation with the experts in South Korea. In Geneva earlier this month Hyundai revealed upgraded version of first prototype, in combination with striking new colours. Officially, Hyundai Motorsport will begin it’s WRC adventure in January 2014, but it is possible we will see i20 WRC in some sort of competitive action later this year.

Personally, I really have high hopes for this team. In many ways they remind me of Volkswagen, not only in their motor sport efforts but in marketing as well. And that’s a good thing, because what Hyundai brings to car markets is great alternative value, without any sacrifices or compromises. I hope we’ll see them adopt simlar approach in their WRC assault.

Even though team is currently “really not thinking about drivers at the moment, there’s a lot of work to be carried out before we can speak about that”, there are other areas I was curious about, and my curiosity was met with great response by Hyundai’s PR experts. My query was quickly forwarded to the right people, and the end result is the Q&A with Team Principal, Michel Nandan.

I would like to thank Nicoletta Russo and Frank Ahrens of Hyundai Co. and Hyundai Motorsport, and of course Michel Nandan for taking time to reply to these questions. Enjoy the read below. 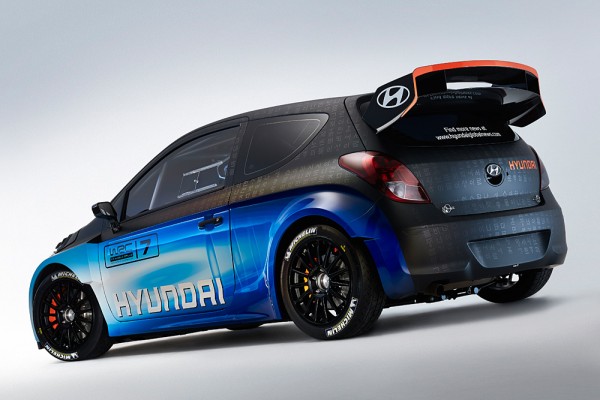 How did you begin working in motorsport and what sparked your passion towards racing?

My passion for Motorsport is something that I have always had since I was a child. I was born in Monaco, which is of course a region that at least twice a year breathes Motorsport with Rallye Monte-Carlo and the F1 Grand Prix. I used to skip school to go to the Col de Turini during the night with my friends and my two sisters and wait for the cars to pass by. As my passion started to grow, years after I decided to study Engineering as I wanted to work in Motorsport. I started to do some work as a mechanic and since then I didn’t look back…

Your career in motorsport saw you take on key technical roles in Peugeot Sport and Suzuki World Rally Team. How will your experience from these teams and their projects help you in leading the Hyundai Motorsport as team principal?

Of course past experience always helps but this is a completely new challenge and different from anything I’ve done so far. We’re building the team from scratch so everything needs to be done from developing our facility in Alzenau, to recruiting people and at the same time working on the i20 WRC to make sure it’s ready for testing later this year.

What were the main reasons behind Hyundai’s decision to join WRC as opposed to other motorsport series on European and global level?

The decision to return to Motorsport is part of a strong commitment from Hyundai as part of its global promotional strategy. There were several reasons for choosing WRC. It is the most widely respected racing competition for production cars. The championship requires both high performance and reliability from its competitors and these are the values that Hyundai builds into all of its products. WRC teams must overcome a variety of challenges and think on their feet – these are traits that Hyundai admires and that have spurred the brand’s growth. We believe that the WRC has a great future; it remains a highly competitive series and a great platform for showcasing Hyundai’s performance credentials. 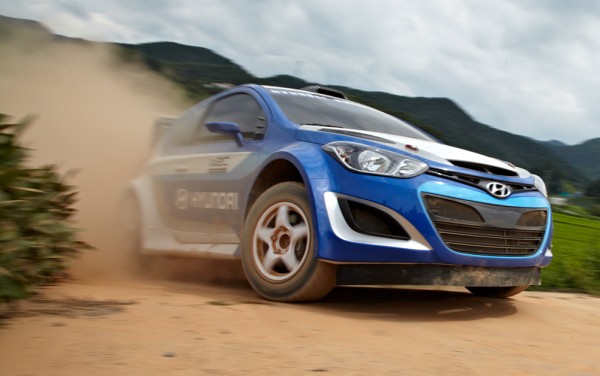 Global economic crisis played a major part in shaping of the current WRC calendar. Do you think it would be beneficial to the sport and it’s teams if WRC was to include United States, China, Russia and other large markets?
The countries you mentioned are very important markets for Hyundai so it would be positive for us to go there. Also – one of our aims is also engage the biggest number of fans and supporters all around the world so of course the more countries we visit with our WRC project the better.

Similar to Volkswagen, Hyundai is a brand new team with a brand new car. What are the main challenges new team faces in the aspect of car development, compared to the development of the WRC machines before the 1.6 liter era?

The aim of 1.6 litre regulation is to contain cost so it is less expensive but not easier at all. Under the current rules there’s limited scope for on-going development so you have to make it right from the beginning and that’s one of the challenges.

In Geneva, Hyundai Motorsport revealed upgraded i20 WRC. What is the next step in development of this car?

The car presented at Geneva Motorshow is an evolution of the prototype presented in Paris last September. This version of the i20 WRC was developed by Hyundai’s R&D centre in Namyang in Korea and it’s the base we’ll be working on to build the car for 2014 and begin testing later this year.

Hyundai is scheduled to join WRC next year. Based on the development pace so far, what are the main goals for the first proper season in WRC?

Our main focus at present is building up our infrastructure in Alzenau, recruiting the key staff and starting the development of the car – we haven’t set our competitive goals just yet, we will do that in due course. The ultimate goal of course is to be victorious but we know that we have a lot of tough competition ahead of us. We will use this year to lay solid foundations and hope to advance quickly as we begin competition in the 2014 championship.

Are there any plans to develop cars for lower “R” categories of rallying, and is Hyundai going to offer customer cars in WRC and RRC specs to privateer teams?

Our only focus at the moment is WRC which offers the most technologically diverse challenge for a manufacturer and it is the best way for Hyundai to demonstrate its engineering excellence. 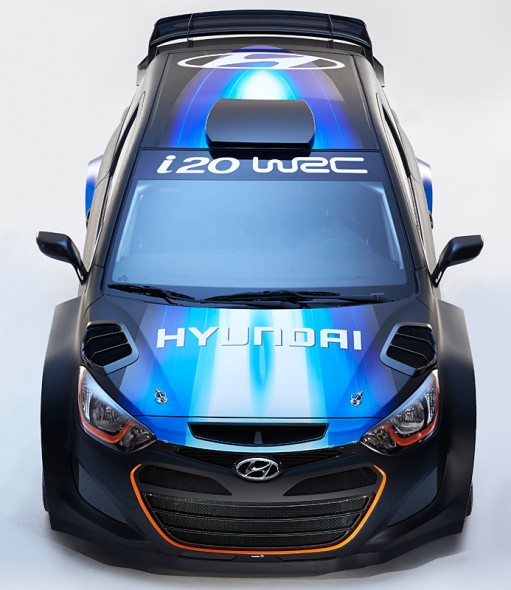 Ever since Hyundai announced it’s intention to join WRC, speculations are circulating about the potential candidates for driver spots within the team. There is no lack of talented drivers currently looking for WRC opportunities – are you satisfied with the contacts established so far?

I had some contact with different drivers but there are no taken decisions at present. We are still building up the foundations of the team and car so it is too early to talk about drivers for 2014. I have seen some names circulating on the internet, but these are just rumors that – of course – are part of the game.

Based on the results of the rallies held so far this year, who do you think has the best chance of clinching the 2013 championship title?

The Championship has just started but of course there are a few drivers that are showing great potential of winning this year – we will see what happens.

If you could pick one rally for a debut of a new team and a new car, which rally would it be and why?

If I see it from Hyundai’s perspective the best thing would be to debut in a rally in Korea!!

FIA’s initiative to promote endurance aspect of rallies in WRC events is still hotly debated topic. What are your thoughts on the subject?

Of course the true spirit of rallying is endurance but we can’t think we can go back to what rallies used to be 20 years ago or so. For me we have to find a compromise considering the actual logistic needs of a WRC event but without forgetting the endurance aspect – which pleases both the drivers and the spectators.

Arrival of the new global promoter and TV broadcast partner is crucial for the future of WRC. How important were these factor in Hyundai’s decision to join WRC and what should the next steps be in popularization of the sport in your opinion?

Yes – it was an important factor in Hyundai’s decision that the FIA has reiterated its support to WRC several times. A new promoter has also been announced. We are sure that they will succeed in raising the awareness and extending the reach of the Championship.

Interaction with fans and media is of key importance for modern day motorsport teams. Is Hyundai going to bring fresh ideas to the championship in this area as well?

For sure! The fans and supporters are our main priority and we’ll do our best to engage them, please them and to make them feel part of the team.

The question on everyone’s lips – how soon can we hope to see Hyundai i20 WRC in testing and competitive action?

We expect to begin testing in Europe later in the year but in the meantime will continue to develop the car together with our colleagues in Korea. This year all of our efforts are being focussed on getting ready for the 2014 championship and using 2013 solely for testing and development. Our aim is to be at the start of Rallye Monte-Carlo 2014.