Remember the story about great little Toyota Corolla AE86, better known as Hachi-roku, and it’s adventure in the hands of drifter-turned-rally driver Josip Žagar Zax? Well of course you do, because it was only yesterday World Rally Blog brought first part of it!

I am happy to say this blog will follow Zax, his co-driver Nikola and hot little Hachi over the course of the year, with stories, tech details and of course exciting videos!

Todays video is once again covering recent Rally Kumrovec, round 1 of the Croatian national rally championship. As you know, Hachi crew, driving for Links Team, ended up winning the historic car class. On top of that, they were one of the highlights of the rally – this car is very keen to shake her tail in every corner. With drifter behind the wheel it’s hard to say who’s more to blame for this festival of sideways-ness, but one this is certain, they all love it (spectators included).

Unlike first video, which was strictly onboard, this one is all about perspective. Different angles and different stages, with oh so many drifts, joy to watch. 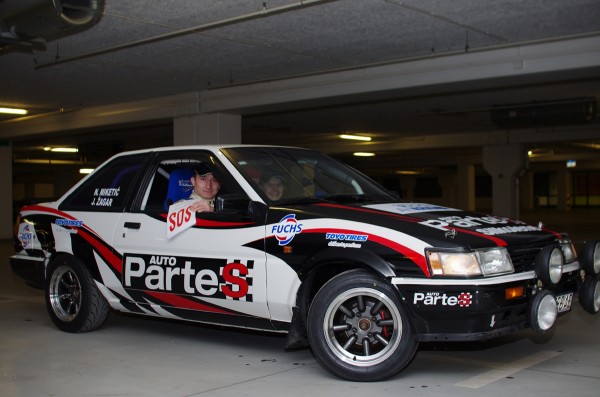 As I am sure there are many Hachi fans out there, here are some of the technical details about the car, kindly provided by Zax.

Hachi, Zax and… wait, this reminds me of that silly show I used to watch few million years ago as a kid, Benji, Zax and the Alien Prince. Funny stuff. Anyway, next rally for Hachi, Zax and Nikola Miketić aka Alien Prince will be 39. Zagreb Delta Rally, 24./25. 05. 2013.