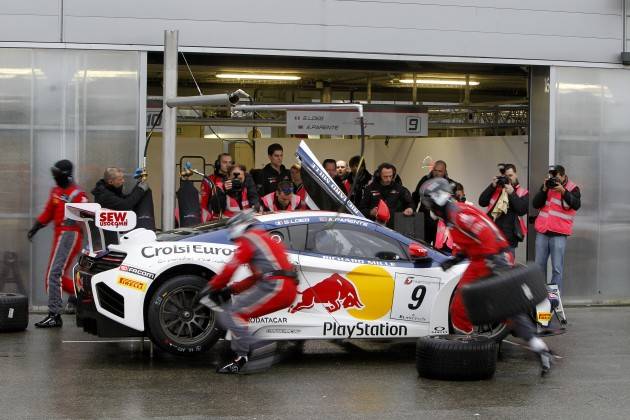 He did everything right out on the track, started on pole for todays FIA GT Series race, kept the lead in appauling conditions and brought the car in for the driver change, but just as he did, a costly mistake ruined possible win or podium finish.

Sebastien Loeb was too eager to prepare for a quick exit, so he released the seat belts before actually stopping the car. Stewards caught it, and hit the team with a drive-through penalty.

Regardless, Sebastien Loeb Racing proved they do have what it takes to fight for the wins, and we can only look forward to the rest of the season. WRT Audi team will probably be the main rivals to Seb Loeb and his team mates, but the season is long. Next race is coming up in three weeks time. Until then, keep those seat belts safely locked, Mr. Loeb!