Dani Sordo tops Fafe, can he repeat (at least some of) it next week? 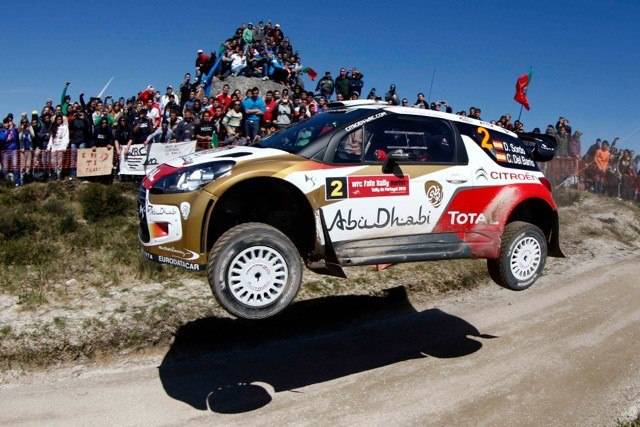 Spectacular Fafe Rally Sprint is over – once again spectators lined the hills around this unique stage, and the atmosphere was just perfect for the short but sweet sprint event to kick off the WRC week in Portugal.

Thanks to live TV stream by RTP (when it worked!), we got to see the action live, which is always welcome for reasons I really cannot be bothered to repeat for the millionth time. Fans had a great time, crews felt the enthusiasm and responded by donuts, slides and always spectacular jumps. Did you see how high Nasser Al-Attiyah flew that Fiesta? And Thierry Neuville also wasn’t exactly slowing down before take off either!

In the end, victory went to Citroën’s Dani Sordo. Just when it became popular to criticize him on account of his iffy form this year, he pulls a nice drive like this. Sure, some drivers were out to have more fun than results, doing said donuts or massive jumps and in general pushed to entertain instead of shave time, but Sordo’s victory is not diminished by that. He kept it nice and under control, looked confident and satisfied behind the wheel – can we hope for more of that next week? Time will tell.

Another impressive performance came from Robert Kubica. Polish ace was constantly improving over the three runs. His pace was in line with the expectations, and then some. His RRC spec DS3 will not be able to match the pace of WRC cars, but more importantly, he will want to familiarize himself to how gravel work, how to nurse the car through longer stages and how to keep the pace on varying terrain. First test in Fafe went great, and there were smiles in that DS3 RRC at the end. Fantastic!

Andreas Mikkelsen was also out enjoying himself in only Volkswagen Polo R WRC. One spin in the final run, but otherwise fine performance – I believe he will quickly learn to co-operate with his new machine, and when he does, WRC boys will need to welcome one more member to their “we can all win this” club.

As for  Qatar M-Sport boys – what can I say. They all look like they cannot wait for rally proper to begin, but the eagerness that is easy to understand on such short event will need to be controlled and tamed for long and difficult rally.