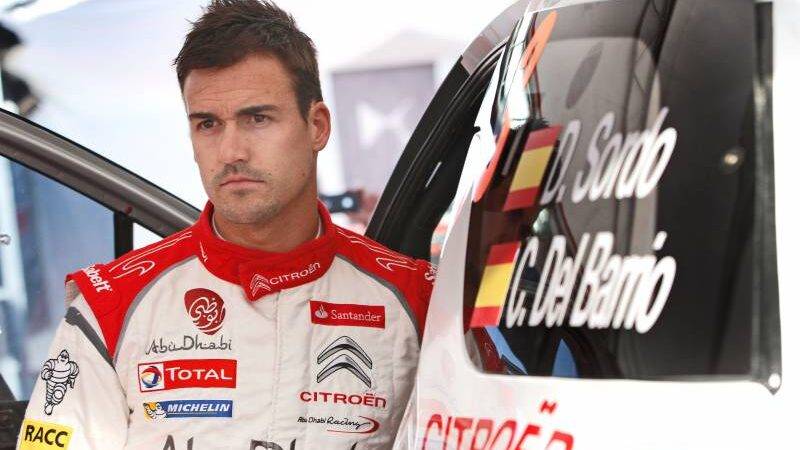 Against all odds, it’s Dani Sordo, the man who allegedly considered walking away from the sport, after frustrations in Sweden and Mexico, that leads the Citroën Racing challenge for victory in Portugal. To say Sordo’s drive today was anything short of inspirational would be wrong in many ways. He was a new man – and for a good part of the day we wondered what on earth happened to him (and where do we get those magic pills)?

Mystery, or at least part of it, was resolved thanks to George Donaldson and his excellent questions directed at Citroën’s boss, Yves Matton. Then and there we learned that Sordo was having big issues with setting up the car to his liking, and suffered greatly in Mexico with the suspension that was too soft. For Portugal, team was able to stiffen it up a bit, and voila, Sordo magnificently transformed from loser to (potential) winner!

Regardless what Dani makes out of this rally, and whether he ends it on podium or not, there no doubting he will be extremely happy about the newly found confidence and speed. And with him, everyone who wanted to see him perform!

To judge Sordo’s pace against Sebastien Ogier in Volkswagen is quite hard, though. Frenchman was forced to take care about the soft tyres on four “proper” stages today, and supposedly that led to a bit more conservative drive. In the end, he did enough to keep Sordo behind at the end of the day, but this battle is far from over, much to everyone’s delight!

Hopes are (finally!, effin’ bloody finally!) high at Jari-Matti Latvala’s camp! He had a little talk to himself today, sources claim, there were raised voices, or rather, voice, and with few adjustments to the car, afternoon stages saw much more relaxed and collected Latvala! Now, grasp to that mojo, Mr. Finn, and don’t let go. Perhaps sometime soon Mikko Hirvonen can (re)discover it too, even though, for him today was not at all bad. He is just 4.8 seconds behind Latvala, who in turn is fully engaged in the battle for the victory, because Ogier is only 11.4 seconds in front of him.

Bitter disappointment came late for Robert Kubica. What was a joke, saying why should he take two spares, if he never had a puncture in rallies, turned into retirement, when he suffered two punctures and had to call it early on road section to Lisbon. Rally 2 will bring him back into the action tomorrow, similar to Mads Ostberg, in a bid to a) salvage some points at least, b) gain more mileage.