10 questions to Andreas Mikkelsen, as he gets ready to Rally The World

Here it is, 10 questions from 10 blogs and other WRC sites, all directed at none other than Volkswagen Motorsport latest acquisition, Andreas Mikkelsen. He is not exactly a newcomer on the rally scene, having won two titles in the IRC, but Rally Portugal marks his first event as member of the Volkswagen Motorsport factory team. Actually, Andreas is part of the newly formed Volkswagen Motorsport II team, and will compete on all rallies this year.

To introduce him to the WRC and vice versa, Volkswagen’s Rally The World team decided to give WRC and rally related media a chance to ask Andreas a single question each. When I saw that, I decided to take part, and perhaps finally hear more details on what makes Andreas’ current car different to the cars he drove before during his career. To clarify, this is, for me, one of the most interesting subjects, yet drivers are usually quite diplomatic in their answers, especially if they switch factory teams within same class or category. How cool would it be to hear what was good on Ford’s car and what’s better (or worse) on Citroën, by Mikko Hirvonen – or to hear Jari-Matti Latvala compare Ford to Volkswagen? Very cool, but highly unlikely to happen. I had to try, even though Andreas’ previous weapon was Škoda Fabia in S2000 specification.

His reply was pretty obvious, of course, from the technical differences to the fact that everything happens at slightly different pace in a WRC car, compared to everything else. But if you take this reply futher, and extend it to Andreas’ comments from day 1 of Rally Portugal, you can understand how big this change really is, and how precise and calculated driver’s approach to such new car must be.

Below you can find rest of the questions and replies. Thank you Rally The World for this opportunity – keep up the great work with fresh and cool ideas such as this! 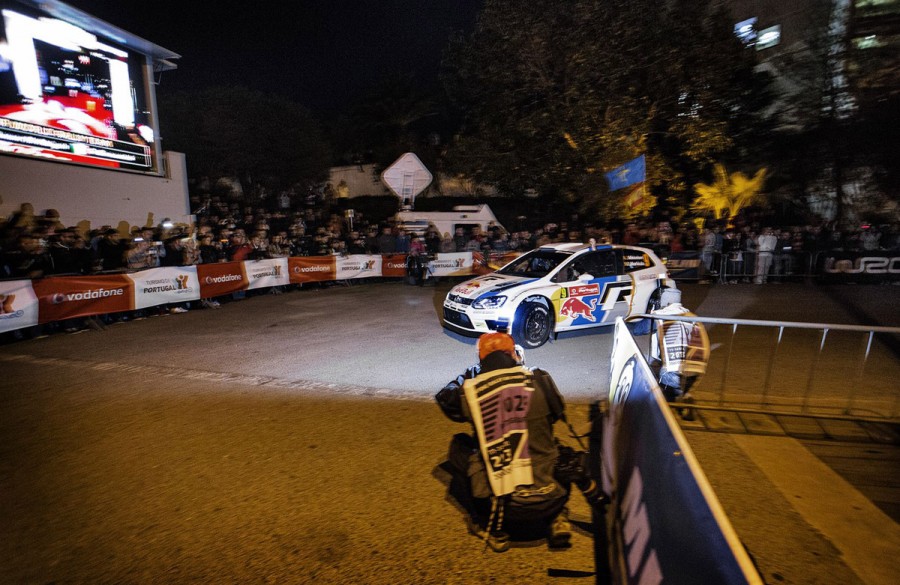 RALLYTHEWORLD: BestOfRally.com from France likes to know: What made you start rallying?

Andreas: Well, my plan was actually to be an alpine skier. I was doing that in the Junior World Championship and then I hurt my knees and I couldn’t ski anymore. My father used to do rallying so he introduced me to it. I tried a rally car on a frozen lake in Norway and I fell in love with the sport straight away – that’s how I came into rallying.

RALLYTHEWORLD: Rallyes.net from Spain asks: What surprised you the most when you changed to the Polo R WRC?

Andreas: It’s a very big change. For sure there’s much more power in the car and the high speed is much higher. So everything comes along much quicker on you. You need to plan your driving much more than I needed to with Super 2000 cars. It’s very difficult.

RALLYTHEWORLD: A question from FanaticosDelRally.com from Chile: How many Rallies do you need to get used to the new car?

Andreas: That’s difficult to say, I don’t know. Hopefully it will not take too long. I expect to be fully confident with the Polo by the middle of the year maybe. I hope it can be quicker, maybe after one or two events. I just need to wait and see.

RALLYTHEWORLD: Now a question from autodino.de from Germany: What do you consider as your biggest advantage for the Rally Portugal?

Andreas: My biggest strength is maybe to keep cool. I haven’t done a World Rally Championship event in a long time in a World Rally Car. And of course a lot of people are going to think that I want to show the world how fast I am. I don’t need to do that. I’ll take my time, I don’t feel stressed at the moment. That is one of my strengths for this rally.

RALLYTHEWORLD: Chromjuwelen from Germany likes to know: What techniques do you learn when you drive on ice lakes in Norway?

Andreas: It’s very different for sure. It’s ice so it’s very, very slippery and to control a car on these slippery conditions has just made good things for me later on in my carreer. Starting on all the snow and ice, to see how a car reacts, is much more difficult. To cope with these difficult conditions is a very good training. 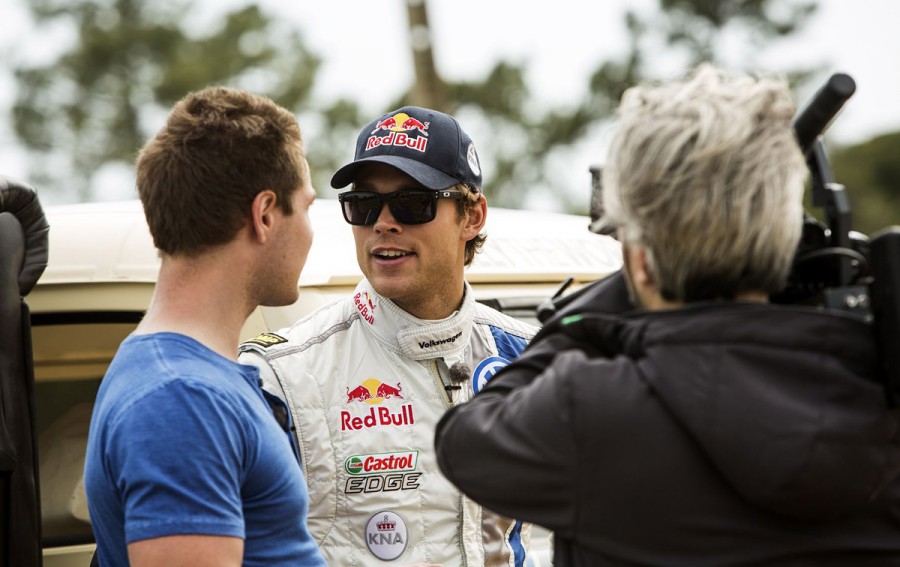 RALLYTHEWORLD: MaxRally.com would like to know: If you could choose any road in the world, which one would you race with the Polo R WRC?

Andreas: Maybe my street in my hometown, Karl Johans Gate! It is probably the biggest street in Oslo. That would be good fun, because there’s the king’s castle and they’re very strict. To do some burn outs down there would be cool!

RALLYTHEWORLD: Speed Magazine asks: You were the youngest winner of Rally Great Britain and of Rally Norway. Do you see yourself as a role model for youngsters in this sport?

Andreas: For sure the older rally drivers at the World Rally Championship are role models, you can’t look away from that. Especially for young drivers who want to do well in the sport and also for drivers in general. If we can go with a good example we work as hard as we can for road safety as well. In every aspect I think the drivers of the WRC can make a huge difference.

RALLYTHEWORLD: WorldRallyBlog asks: Compared to the cars you previously drove, what is the Polo R WRC’s biggest improvement?

Andreas: They are two really different cars. I came from the ŠKODA and it’s a normally aspirated 2 liter engine. But this is a 1,6l Turbo. So it is much more powerful and things happen a lot more quickly so I need to be much more careful with the driving.

RALLYTHEWORLD: The Car Addict from Germany asks: What goes through your mind just before the start of a rally?

Andreas: It’s a lot of things! First of all we make sure that we have all the equipment we need inside the car. And we clear our heads because we don’t know the road ahead so we have to listen to the co-driver and the pace notes. And we need maximum concentration all the time so we try to clear our heads from all the other thoughts and then we are ready to start the stage.

RALLYTHEWORLD: And last but not least SimplementeRally.com from Argentina likes to know: It’s certainly an advantage to have Carlos Sainz in the team, isn’t it?

Andreas: For sure he has contributed a lot to the team, he has been a part of the testing program. So his feedback about the car has been very important for the developments. I think he still likes to drive a little bit Rally Car himself and so he has enjoyed it but he was also very helpful for Volkswagen and the development of the POLO R WRC.