Day of attrition in Portugal, but survivors are many 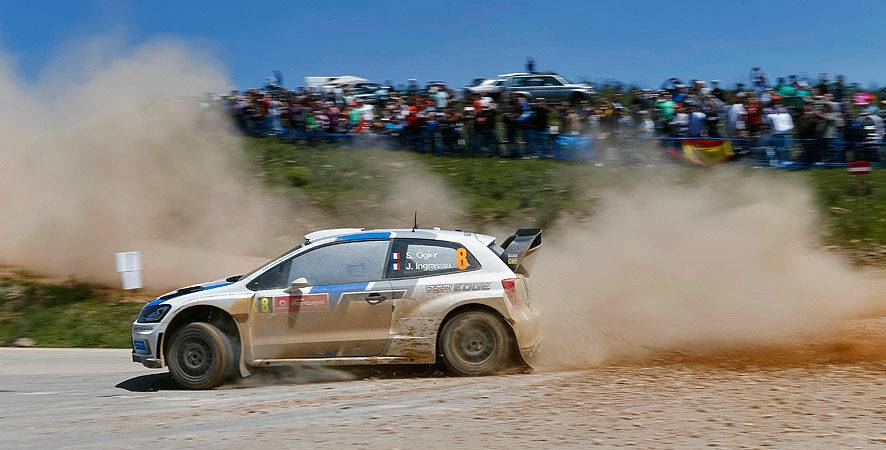 First day was relatively mild for crews and competitors in 2013 Rally Portugal, compared to today, when this tough and demanding rally decided to bit back. And it did not take long at all. On the very first stage of the day Thierry Neuville made his error and ended up at the side of the road, but it was the departure of Dani Sordo that was more painful to grasp. Spaniard was in close combat for the victory with Sebastien Ogier, and it might have been a great day of intense fighting. Sadly for Dani and Citroën, it did not happen this time around.

One thing is great, though, Dani is obviously disappointed, but also very upbeat with the performance in the opening day – the long lost pace, confidence and the ability to push the car to its limits is finally back for Dani, and it looks like season is only going to get better for him from now on!

Following Sordo’s retirement, Jari-Matti Latvala got promoted to second place. That, combined with day long fights with former team mate Mikko Hirvonen, really kept Latvala busy, but also happy and involved. And you could hear and see the difference – the cringe and reluctance were nowhere to be seen. Similar to Sordo, Latvala was more comfortable, relaxed and dedicated to the job at hand. And it’s good that he was, because Hirvonen is 33.7 seconds behind, which is almost exactly the same as Ogier is in front of Jari-Matti. Interesting situation, but he is playing it very cool at the moment, watching both front and rear, and keeping the foot down when and where it counts. New Jari-Matti.

Further down the order, Nasser Al-Attiyah also had a day of fun, but also hard work. He recognized the pace that is in the hands of Andreas Mikkelsen, even though Norwegian is over a minute late, tomorrows extra long stages could be crucial for this fight and the points.

Robert Kubica was again forced to retire on the penultimate stage of the day. The problem with failing special gear change paddle continued, so he was again forced to use manual lever after the service break. Problems worsened, though, and with failing handbrake and rattling rear diff, Polish driver decided to call it a day. Despite that, it was another brave outing by former F1 race winner – he really has a lot to offer, these are just tiny bits of Kubica’s talent!

Tomorrow, the attrition continues, or begins, so to say. Two runs of 50+ kilometer stages, with 20+ kilometer double to serve as a filler is what awaits the crews. Oh, and one of those 50 kilometer monsters is a – power stage! That’s right. A rally within a rally!

Listen below as Dani Sordo explains just what happened on the first stage today!